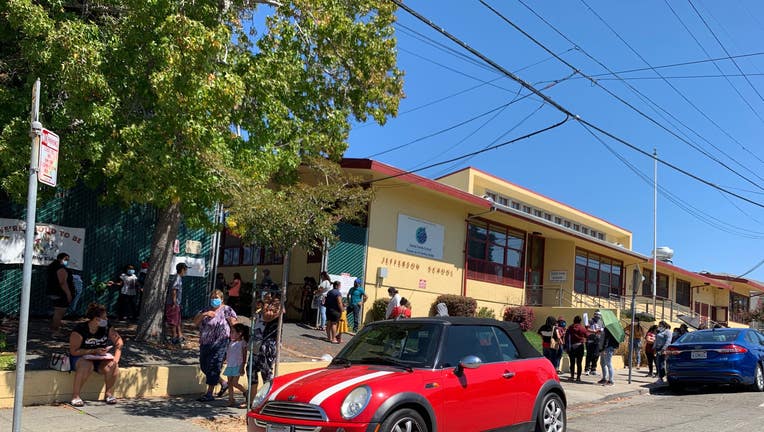 Global Family in Oakland gave out 306 computers in the spring to a total of 450 students.

OAKLAND, Calif. - Oakland Unified School District and the teacher's union have reached a tentative agreement over what distance learning would look like during the pandemic.

The announcement of the potential deal was announced Wednesday as the district's first week of school had already begun without a clear plan in place.

School officials said the deal between the district and Oakland Education Association, the teacher's union, was a month in the making.

School officials said both sides say the deal would prioritize teacher flexibility as well as "a quality learning experience for students with consistent live interaction with their teachers and other OEA members," based on a memorandum of understanding regarding distance learning.

The teacher's union had asked for flexibility during negotiations, while the district had proposed more time for teachers to do live instruction.

“While we do not always agree on the details, both OEA and OUSD are passionate about serving Oakland’s students and families,” said Superintendent Kyla Johnson-Trammell and OEA President, Keith Brown in a joint statement. “We have worked diligently to reach an agreement to shape distance learning for all students and OEA members. We thank all students, families, staff and the entire community for their support and patience during this challenging time.”

The full details of the agreement have not been released.

The teachers must now vote on whether to accept or reject the agreement. The vote is expected over the next week or so, the district said.