OAKLAND, Calif. - A senior from Skyline High School in Oakland has been named the female winner of the California Interscholastic Federation's Scholar-Athlete of the Year, becoming the first-ever student from the Oakland Unified School District to receive the honor.

Skyline High School senior Eleanor Wikstrom has been named one of the California Interscholastic Federation's two Scholar-Athletes of the Year for 2020.

Eleanor Wikstrom, who has set records as the captain of Skyline's track and field and cross-country teams, was one of two athletes to receive the CIF award for 2020 on Monday. Every year, the honor goes to one female and one male student athlete. Along with Wikstrom, Barrett Nunley, a three-sport athlete in football, golf, and wrestling from Tulare Union High School was also honored this year. Wikstrom and Nunley were chosen out of 830,000 student-athletes across the state.

"This prestigious program recognizes two student-athletes based on excellence in athletics, academics, and character," the California Interscholastic Federation said on its website.

Off the field, Wikstrom is a stand-out student, maintaining a 4.0 GPA. She plans to attend Harvard University later this year.

“I am excited by this award because I know that it represents something bigger than myself,” said Wikstrom. “I think that this honor reflects a lot of what I have tried to do throughout my career - to represent our historically-overlooked city at championship meets around the state, to set cross country and track records that give current and future Oakland athletes a new understanding of what is possible, and to model excellence in academics in a public school system that has faced challenges with resources and that outsiders often look down upon," the teen said. "Everything I am is a result of the community that surrounds me. Everything I do is in hopes of exalting the community that has shaped my life.” 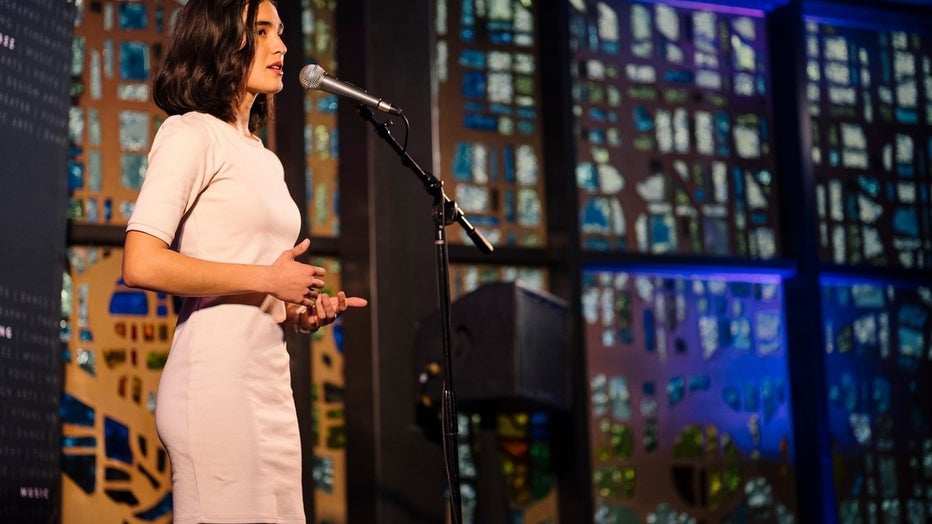 Skyline High School senior Eleanor Wikstrom has been named one of the California Interscholastic Federation's two Scholar-Athletes of the Year for 2020. (Oakland Unified School Dist.)

"The purpose of all of the hard work, the discomfort, and the sacrifice was the pursuit of excellence, which never really ends," Wikstrom said. "In this way, it is perhaps because I never considered an award like this to be the end goal that I ultimately ended up winning it."

Wikstrom said she plans to join the cross country and track and field teams at Harvard, where she said "hopefully in person," she planned to study government and English on a pre-med track. Her goal is to eventually work for the United Nations or as a member of Congress, focusing on education policy and humanitarian aid.

"Not only does she set a remarkable example for her classmates and the students coming up behind her, Ms. Wikstrom is also a vivid reflection of Oakland, the community she credits with making her who she is," Oakland Unified Superintendent Kyla Johnson-Trammell said.

“Our CIF scholar-athletes embody the principles of education-based athletics,” said CIF Executive Director Ron Nocetti said congratulating the 2020 CIF Scholar-Athletes of the Year. “They are certainly examples of all that is positive during these challenging times.”

A senior from Skyline High School in Oakland has been named the female winner of the California Interscholastic Federation's Scholar-Athlete of the Year, the first-ever student from Oakland to receive the honor.