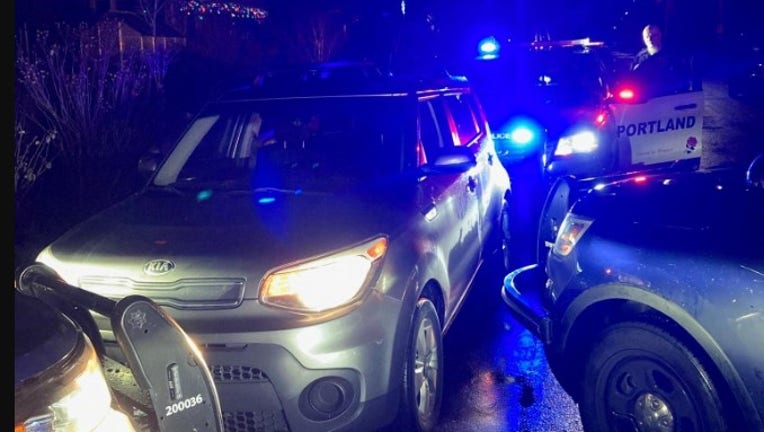 PORTLAND, Ore. - Authorities in Oregon are investigating after finding a 10-year-old behind the wheel of a stolen vehicle.

Portland Police said on Friday, a North Precinct officer was in her patrol car when she saw two vehicles speeding from a fast-food restaurant parking lot.

The officers realized that one of the vehicles was stolen and soon followed it.

Authorities said the driver of the stolen vehicle was steering erratically.  When the officer pulled over the vehicle, the driver and the passenger put up their hands immediately.

That's when the officer discovered the driver was a 10-year-old and the passenger was a 13-year-old.

The juveniles were released to their guardians.

The stolen vehicle was returned to its rightful owner although the back passenger window was broken and the ignition was damaged.