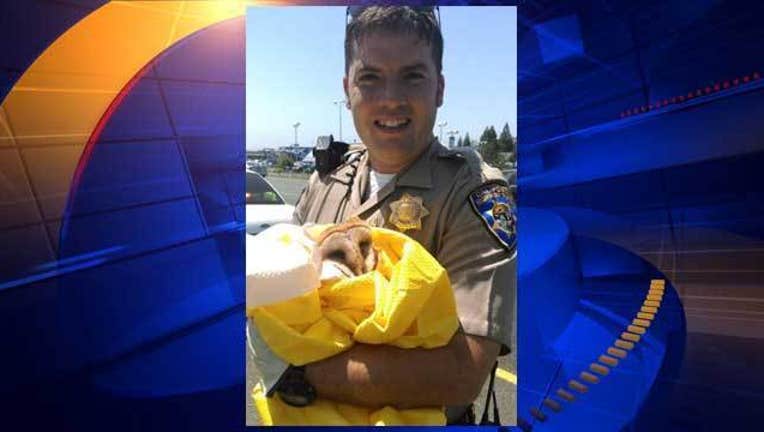 SANTA ROSA, Calif. (KTVU-AP) — An injured owl that couldn't fly or hop its way out of traffic has been rescued by two California Highway Patrol officers and is recovering.

The Press Democrat in Santa Rosa reports that the owl was apparently struck by a vehicle on Highway 101 and has left eye damage and coordination problems.

When the call about an injured owl came in around noon Friday, CHP Officer Justin Fetterly says he put on his leather gloves and set out with another officer to corner the bird.

Fetterly says he used an emergency blanket to wrap up the bird, which calmed down once it was held.

Ashton Kluttz of the Santa Rosa-based Bird Rescue Center says the owl can eventually be released into the wild, even with one functioning eye.