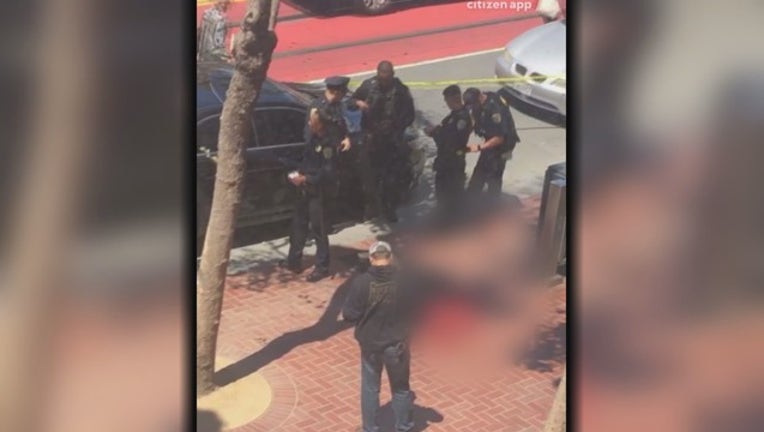 SAN FRANCISCO (KTVU) - A BART police officer shot and wounded a dog at the Civic Center Station on Friday after it aggressively lunged at him, authorities say.

The transit agency said the dog, which appears to be a pit bull, was not on a leash when it approached the officer on a stairwell at about 1:10 p.m.

The dog was injured and taken to a veterinary hospital for treatment.

According to BART officials, a use of force investigation is underway and investigators are reviewing surveillance video to find out exactly what happened.