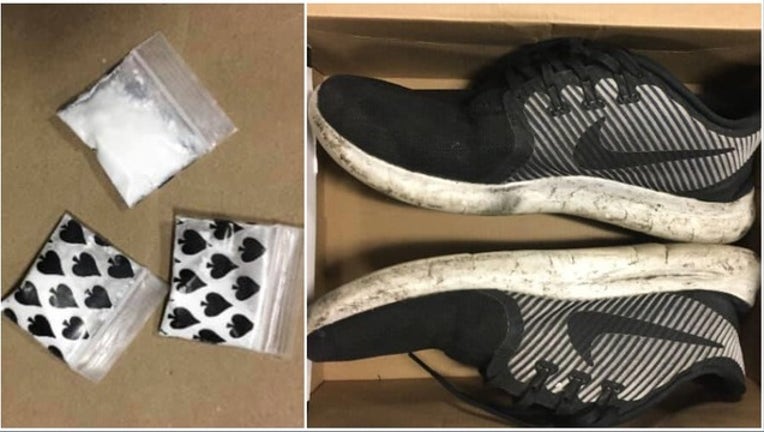 An Uber driver says he was asked to deliver a package that unknowingly contained a substance suspected to be the powerful opioid fentanyl.

(BCN) - An Uber driver nearly became an unwitting courier for a drug delivery after he was asked to drive a box of sneakers with a stash of suspected fentanyl from San Francisco to Tiburon, authorities said Saturday.

The driver was notified the evening of Feb. 9 that a female passenger wanted to be driven from the city to Tiburon.

When the driver arrived at the San Francisco location, however, a man greeted him and asked that he deliver a shoebox to the woman who had requested the ride, according to sheriff's spokesman Sgt. Brenton Schneider.

Although hesitant, the driver agreed to do it and put the box on the passenger floorboard and headed to Marin County.

As the driver was crossing the Golden Gate Bridge, the rideshare was suddenly canceled and the driver became nervous on what might be in the box. A few minutes later, he spotted deputies on the on-ramp from Sausalito and asked for help, Schneider said.

He showed them the box and asked the deputies to examine it. They found the sneakers inside and suspected fentanyl in the right shoe. The shoes were placed into evidence, and authorities are waiting for someone to claim them.

The suspected fentanyl will be tested, Schneider said. No arrests have been made in the case, and authorities are seeking the man and woman who requested the ride and the delivery.