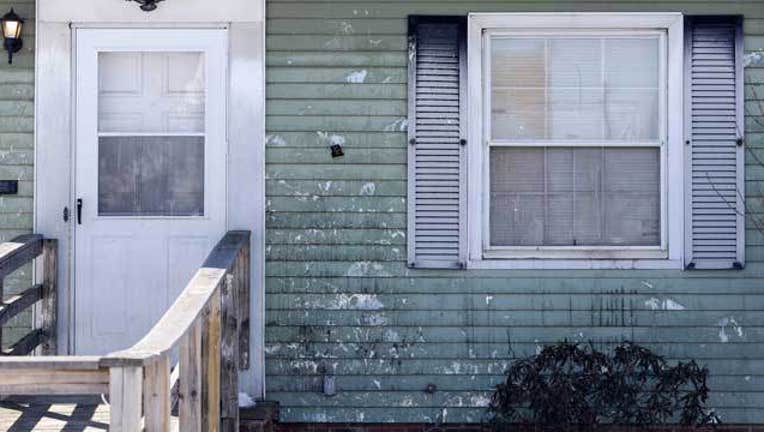 EUCLID, Ohio (AP) — An 85-year-old man says his suburban Cleveland home has been pelted with eggs several times a week for a year, and police haven't been able to crack the unusual case despite stakeouts, questioning neighbors, installing a surveillance camera and even testing eggshells as evidence.

The homeowner and Euclid police suspect the eggs are launched a block or two away, the Northeast Ohio Media Group reported.

Albert Clemens Sr. said whoever is responsible has "phenomenal" accuracy, launching five or six at a time and often hitting the front door of the green, two-story home that he and his late wife bought nearly six decades ago. The after-dark attacks sometimes sound like gunshots as eggs splatter on the aluminum siding, creating a residue that strips the paint, he said.

He used to clean up each time but quit because it happens so often. His insurer won't settle a claim until police catch the vandal or vandals, so Clemens is waiting until then to make repairs.

But he refuses to move from the home he shares with his adult daughter and son, on a corner less than a mile from the police station.

"I would live and die in this house — but it's been kind of a nightmare," Clemens told the media group.

Officers haven't determined a suspect or specific motive, though they have suspicions.

"Somebody is deeply, deeply angry at somebody in that household for some reason," Lt. Mitch Houser said.

"The person or people who are doing it have remained very tight-lipped apparently," Houser said. "I would imagine it would be hard to keep a secret of something that had been done hundreds of times and for nobody to step forward to talk about it."

Police have spent hundreds of hours on the investigation, but their involvement doesn't seem to be a deterrent. Once, an egg hit an officer in the foot as he took a report on the vandalism.

The egging has been rarer during cold weather, but Clemens and the officers anticipate the attacks will increase with the temperature.

"We're not going to let it go," Houser said. "We'll continue to put effort into it until we figure something out."