A 61-year-old woman was arrested in Oklahoma in the 1993 killing of a San Carlos shop owner who was shot during a "robbery gone wrong," authorities said Thursday.

SAN CARLOS, Calif. - A 61-year-old woman was arrested in Oklahoma in the 1993 killing of a San Carlos shop owner who was shot during a "robbery gone wrong," authorities said Thursday.

Rayna Elizabeth Hoffman-Ramos was arrested last week in a case that was cold for nearly 30 years. She is in Washington County Jail awaiting extradition to California to face charges in the April 26, 1993, fatal shooting of Shu Ming Tang, said San Mateo County sheriff's Lt. Jacob Trickett said at a Thursday news conference.

Tang was shot once in the chest while tending his mom-and-pop shop, the Devonshire Little Store, in the hills of San Carlos. He died later at a hospital, Trickett said.

The killing shocked the quiet bedroom community and attracted national attention after it was featured on "America’s Most Wanted" that same year. 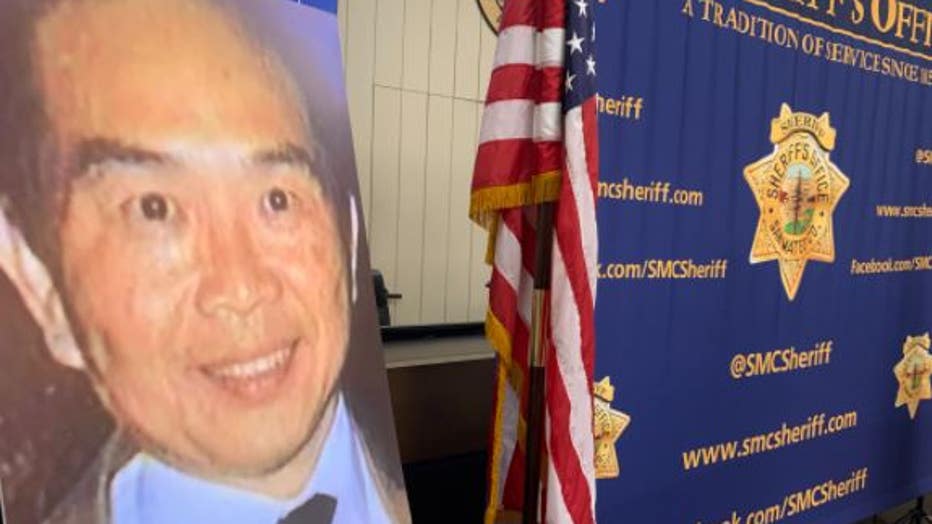 Shu Ming Tang was shot and killed in a robbery gone wrong at his store in San Carlos almost three decades ago.

Detectives received information that a woman was seen leaving the store shortly after the shooting. They followed various leads, but the case went unsolved for decades, Trickett said.

In 2018, San Mateo County sheriff’s Detectives assigned to cold case investigations reviewed the case, Thanks to "the advancement in forensic technology" they identified Hoffman-Ramos, who lived in San Mateo County at the time of Tang’s killing, as a suspect, he said.

Trickett declined to specify how detectives connected Hoffman-Ramos to the homicide. He said she was the sole suspect in the case.

"Mr. Tang was a husband, a father and a friend who came to the United States to provide a better life for his family," San Carlos Mayor Sara McDowell said. "His death shook the community of San Carlos and has remained a topic of discussion over the years."

Trickett said Tang’s family has been informed of Hoffman-Ramos’ arrest.

Chung Sun bought the store from the victim's widow the year he was killed. He runs the store with his wife and their dog, Buster Posey.

This gentleman never ,never did a bad thing," Sun said.

Sun still has newspaper clippings about the tragedy. He says he has many unanswered questions, including why Tang, who spoke little English, was killed.

"Because no communication, just (person) come here and maybe say, ‘Hello,’ and ‘Boom!’ like this," Sun said. "So I want to know about what happened, why?"