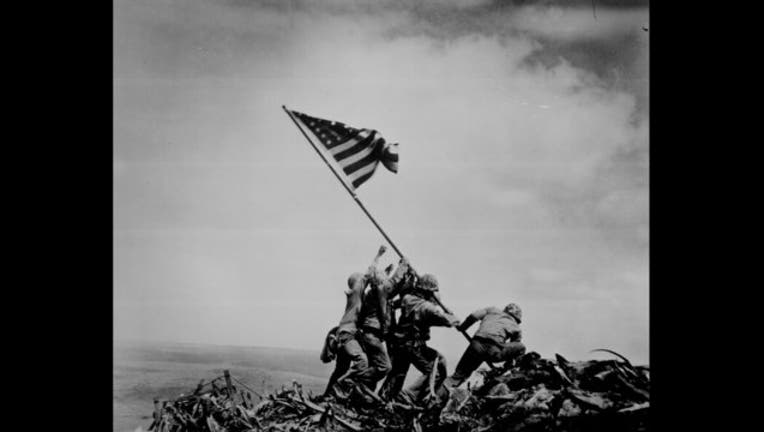 One of the most dramatic moments in U.S. military history happened on this date back in 1945.

It was February 23, 1945, during the World War II battle for Iwo Jima, when U.S. Marines raised a flag atop Mount Suribachi.  It was taken down, and a second flag was raised.

Associated Press photographer Joe Rosenthal captured this second flag-raising.  His photo quickly became one of the most famous in U.S. history and the only one to win the Pulitzer Prize in the same year it was published.

Three of the Marines depicted in the photograph -- Harlon Block, Franklin Sousley, and Michael Strank -- were killed in action in the days following the flag-raising.  The three surviving flag-raisers were Marines Rene Gagnon, Ira Hayes, and Navy hospital corpsman John Bradley.  They became celebrities after their identifications in the photograph.

The photo later inspired the design for the Marine Corps War Memorial in Washington, DC.

LINK: Wikipedia has much more background on the battle and the iconic photo