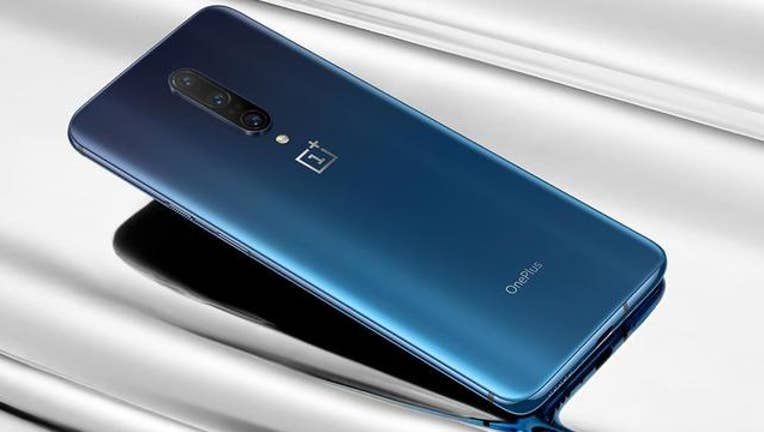 The OnePlus 7 Pro boasts top-of-the-line specs, starting with a Qualcomm Snapdragon 855 chipset, a 6.67-inch Fluid AMOLED edge-to-edge display with a 90 Hz refresh rate and QHD+ resolution, and a 48 megapixel triple camera system with an ultra-wide angle lens and 3x optical zoom. The OnePlus 7 Pro can record 4K resolution videos at up to 60 frames per second, and super slow motion videos (240fps) at 1080p resolution.

The phone has a pop-up front-facing camera for selfies. It’s powered by a 4000 mAh battery that can be charged fully in 20 minutes, and features a liquid cooling system.

On the software front, it runs on OxygenOS, a forked version of Android 9 aka Android P. Some of the specs are customizable – you can choose between 6-8-12 GB of RAM, and 128-256 GB of storage, for higher price points ranging from $749 and $859. There’s a 5G version of the phone in the works as well, expected to launch by the end of the year.