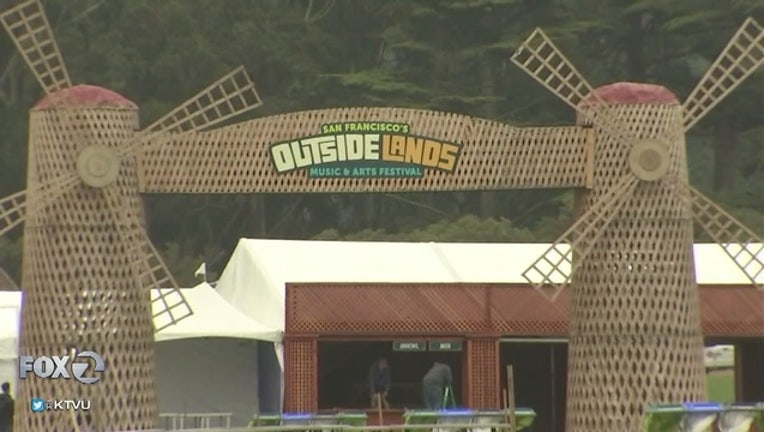 The festival will take over Golden Gate Park from Aug. 10-12 and will also include food, wine, live comedy and games.

Like most years, the festival spans a wide belt of rock, rap, folk, rhythm and blues, electronic music and genre-benders. Other performers this year will include Future, Beck, Odesza, Bon Iver and DJ Snake.

The festival mascot Ranger Dave teased the lineup on Twitter starting Friday and excited fans bought out the "Eager Beaver" tickets in a matter of minutes. General admission and VIP tickets go on sale Thursday.

Several performers are returning to Outside Lands for their second or third time, including Mac Demarco, The Growlers, Father John Misty, Chvrches, Portugal. The Man and Chromeo.

The 11th edition of the festival is being produced by Another Planet Entertainment and Superfly Presents.

The full lineup and more information about the festival can be  found at https://www.sfoutsidelands.com/.