Sheriff Grady Judd discusses the highlights of an undercover human trafficking operation that led to the arrest of 102 suspects and led detectives to find three victims. He also discussed the arrests of two child sex predator suspects.

WINTER HAVEN, Fla. - Detectives across several Polk County law enforcement agencies were involved in an undercover operation focused on finding victims of human trafficking. After six days, they said they arrested a total of 102 suspects.

Among those suspects were 36 individuals who offered to commit prostitution. Detectives said two were identified as possible human trafficking victims. In addition, a 17-year-old arrived at the undercover location and was rescued, Sheriff Grady Judd said Thursday morning.

"We celebrate the fact that we believed we identified three victims of human trafficking," he said during a press conference. "The moment we arrest someone or take someone into custody that came here to perform sexual conduct for money we don’t treat them initially as a suspect of a crime, we treat them as a potential victim of human trafficking." 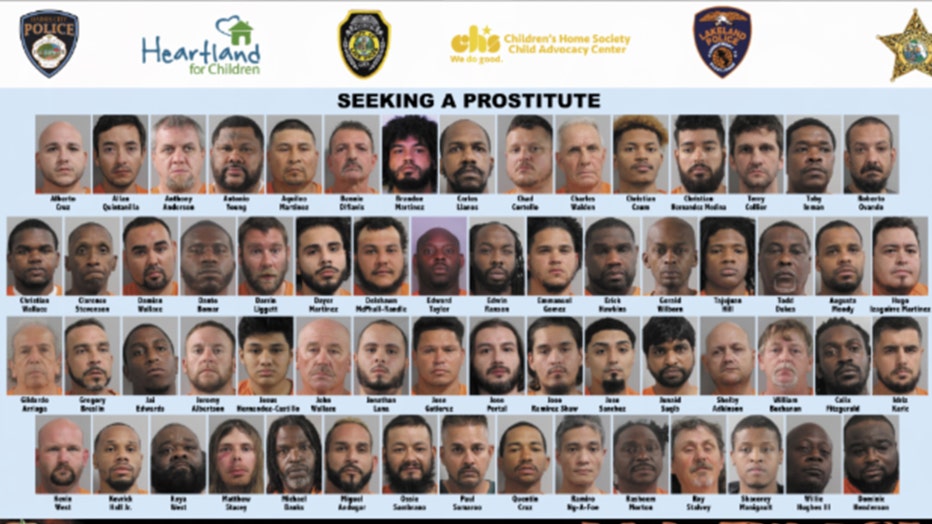 There were 62 suspects who solicited prostitutes and two child predators, officials said. All the suspects were from the central Florida area, except for four who were from outside of the state: Mississippi, South Carolina and Texas). A total of 55 suspects live in Polk County.

The oldest suspect is 78 years old and the youngest is 19. Detectives said, in total, 29 felonies and 143 misdemeanor charges were filed against the suspects. 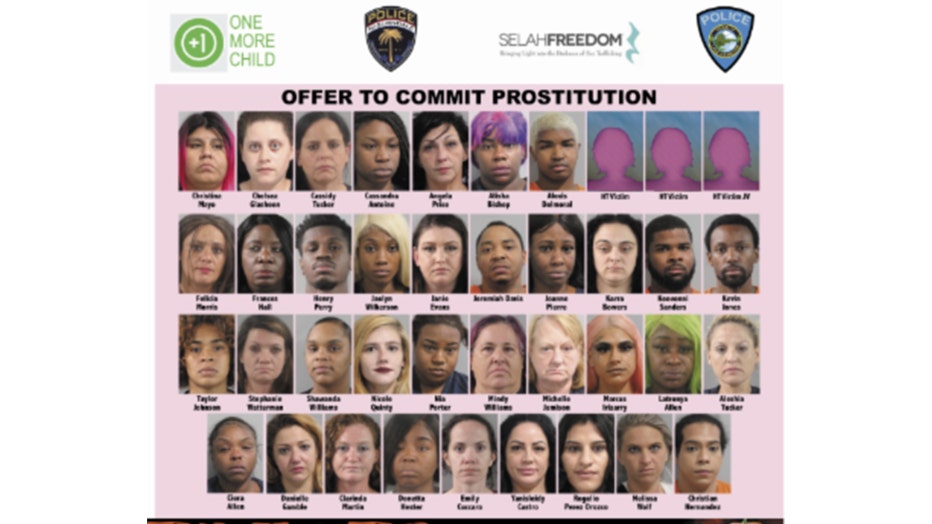 According to Judd, Spencer told detectives, "I knew it was probably a sting but I had to sacrifice myself in case it wasn’t."

"This guy has five brain cells, three of them aren’t working," the sheriff said. "He was prowling children’s social media sites looking for a child to attack. If this entire operation only caused this person to be arrested, it certainly would’ve been worth it."

As Sheriff Judd began to talk about the arrest of Jones, he put a stuffed Pikachu toy on display. 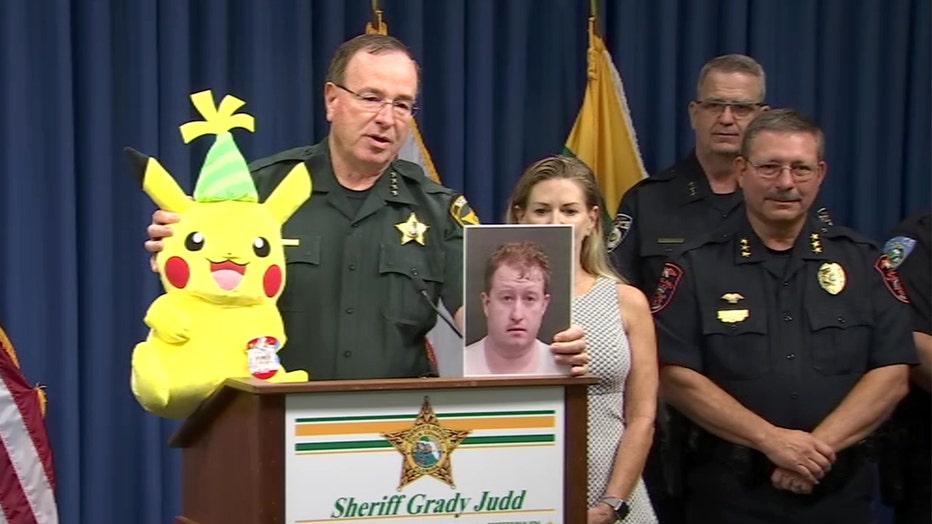 "Then there’s Pikachu. No we didn’t arrest him. But Pikachu is a co-conspirator but not a willing co-conspirator," the sheriff commented, adding that Jones thought he was speaking to a 13-year-old child online, but it was an undercover detective.

Jones, who was a chef at the Hangar Bar in Disney Springs, said he wanted to cuddle with the Pikachu toy, have sex, and keep the child's undergarments.