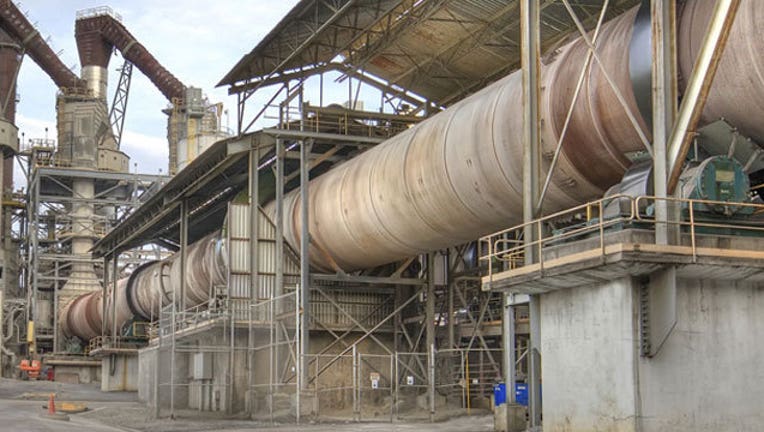 SANTA CLARA COUNTY, Calif. (KTVU and wires) -- Operators of a cement plant near Cupertino have agreed to install a $5 million wastewater treatment facility and pay a $2.55 million penalty to settle a federal suit over dumping toxic wastes into a creek that feeds into the San Francisco Bay, according to officials.

The Lehigh cement plant and limestone quarry, located in unincorporated Santa Clara County west of Cupertino, had discharged on a daily basis millions of gallons of quarry process water and storm water polluted with excessive amounts of selenium and other toxic metals into Permanente Creek in violation of the company's permits from at least 2009 to 2014, federal officials said.

When discharged in high concentrations, selenium, which occurs naturally in limestone and other rock formations, becomes toxic to fish, other aquatic life, birds and other animals that eat organisms contaminated with the element, according to the agencies.

Under the settlement with federal and state officials, Lehigh must build an advanced wastewater treatment system to significantly cut back the release of selenium and other toxic metals into the creek.

Lehigh, which has already installed an interim treatment facility, plans to complete a permanent one by 2017, make improvements to remove sediment from its storm water runoff and spend $5 million overall to comply with federal standards, according to officials.

In addition, the firm has agreed to pay $2.55 million in civil penalties to settle the case.

Due to the toxic materials that flowed from the plant, the creek is listed as impaired, or too polluted to meet cleanliness standards set by the Clean Water Act, according to federal officials.

The creek is considered an important habitat for the California red-legged frog, a species endemic to the state that is considered threatened under the federal Endangered Species Act, the officials said.