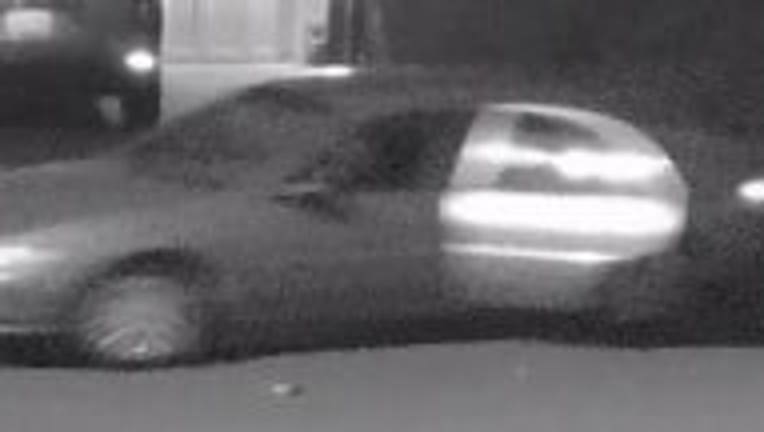 In this photo provided by the Palo Alto police department, the suspect's getaway vehicle can be seen.

PALO ALTO, Calif. - Police in Palo Alto are investigating the theft of four gun security cabinets containing 35 firearms from the garage of a residence that occurred Tuesday.

At 6:46 a.m. Tuesday, police received a call about a residential burglary that had just occurred in the 700 block of Garland Drive.

Police said the suspect or suspects entered the unlocked garage of a home overnight while the family slept inside and stole the cabinets.

The suspects did not try to enter the residential area of the home, police said.

The victim, a man in his 50s, reported 35 guns consisting of shotguns, rifles and two pistols were stolen, according to police.

The weapons were unloaded and were registered. No ammunition was stolen.

Investigators were able to recover surveillance video from nearby homes that showed a possible suspect vehicle in the area of the victim's residence at 4:24 a.m.