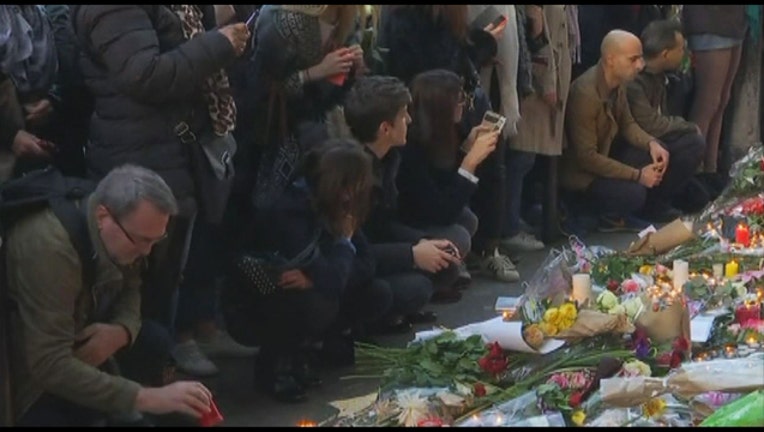 PARIS (AP) — Survivors of November's deadly Paris attacks opened up to a French terrorism commission ahead of a highly charged Paris concert Tuesday by Eagles of Death Metal — the U.S. rock band that was performing in the Bataclan concert hall the night extremist suicide bombers targeted sites around the French capital.

The commission is meeting twice a week from now until June, tasked with establishing why and how the French government failed to stop the attacks that claimed 130 lives, most of them at the Bataclan.

The Nov. 13 attacks came just 10 months after deadly jihadi attacks on a satirical newspaper and a kosher supermarket pushed the country into high alert, and forced French lawmakers to look for ways to further protect French citizens.

One of the Bataclan survivors, Alexis Lebrun, questioned why there was scant security around one of Paris' biggest music venues given the heightened security in the city.

"No security measures were seen. No military or police presence in front of the hall. No particular searches at the hall entrance," Lebrun noted.

"How come the national security alert was at its highest level, yet there were no provisions to mobilize some guards in front of venues welcoming hundreds or thousands of people?" he asked.

The Eagles of Death Metal are preparing to return to the Paris stage for a tribute concert in the Olympia theater Tuesday night.

Speaking to i-Tele, frontman Jesse Hughes broke down in tears, saying: "I don't know why God picked us to be the band."

The concert will be attended by Bataclan survivors.

Lebrun, describing himself as "very scared" said he would go the Olympia venue but will only attend the concert if he deems the security adequate.