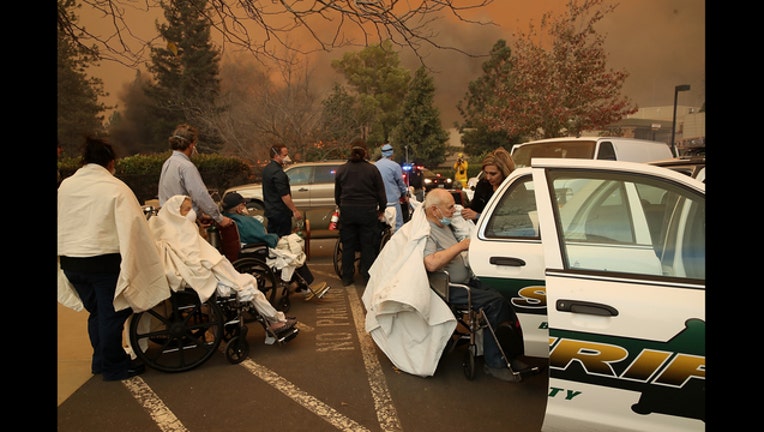 PARADISE, CA - NOVEMBER 08: Hospital workers and first responders evacuate patients from the Feather River Hospital as the Camp Fire moves through the area on November 8, 2018 in Paradise, California. Fueled by high winds and low humidity, the rapidl

PARADISE, Calif. (AP) - Nurses and patients have recounted their dramatic escapes from a hospital in a Northern California town that was devastated by a ferocious wildfire.

Nurse Darrel Wilken told the Chico Enterprise-Record newspaper on Friday that the fire in the town of Paradise came so quickly that he and other employees at the Feather River Hospital used their own cars to evacuate patients.

Wilken said he took three patients in his car and that two of them were in critical condition. He says he battled gridlocked traffic on a road surrounded on both sides by fire.

When the evacuation was announced, she was still asleep from anesthesia. He waited until she woke up and they escaped in a hospital employee's car.

The hospital says it evacuated 60 patients to other facilities.