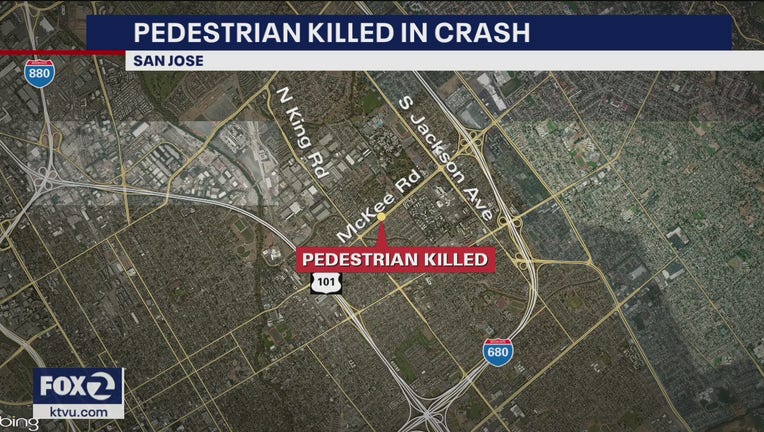 SAN JOSE, Calif. - A man died Saturday morning after he was hit by an ambulance in East San Jose, police said.

The ambulance was driving at normal speeds without activated lights or sirens when it hit the man shortly before 5 a.m., while headed eastbound on McKee Road near El Rancho Verde Drive, according to San Jose Police.

The man was not in a crosswalk when he was hit, authorities said.

The ambulance crew immediately stopped and began life-saving measures, and a second ambulance took the victim to a hospital where he died a short time later.

The ambulance driver is cooperating with the investigation, police said.

The ambulance was not transporting any patients at the time of the crash.

The victim's name has not been released.

Anyone with information is asked to contact Detective Malvido with the San Jose Police Department's Traffic Investigation Unit at 408-277-4654.