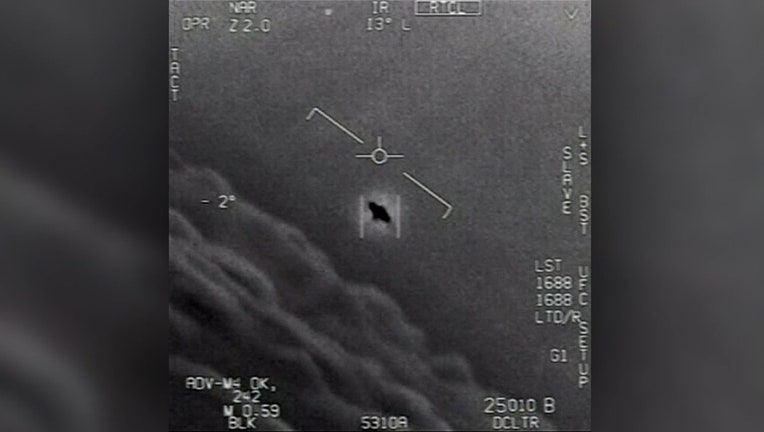 The Pentagon has created a task force to investigate UFOs following several unexplained incidents that have been observed by the U.S. military.

The Defense Department said Friday that it hopes to "improve its understanding of, and gain insight into, the nature and origins of UAPs. The mission of the task force is to detect, analyze and catalog UAPs that could potentially pose a threat to U.S. national security."

"The safety of our personnel and the security of our operations are of paramount concern. The Department of Defense and the military departments take any incursions by unauthorized aircraft into our training ranges or designated airspace very seriously and examine each report," the department said.

"This includes examinations of incursions that are initially reported as UAP when the observer cannot immediately identify what he or she is observing."

The plans for the task force, which is expected to be officially unveiled in the next few days, were first reported by CNN on Thursday.

The move marks an extension of previous efforts to look into UFOs -- but stops well short of trying to prove the existence of extraterrestrial life.

Since 2018, a Navy task force has been informally investigating such incidents and has coordinated information with U.S. intelligence agencies.

In April, the Defense Department released and declassified three videos of Navy pilots encountering UFOs in 2004 and 2015.

In 2017, The New York Times reported on the existence of the Advanced Aerospace Threat Identification Program, which had previously been disbanded, according to the Pentagon.

While the new task force’s work will remain classified, that status could change if the Senate Select Committee on Intelligence’s proposal for an unclassified report on UFOs is adopted by the full Senate and House.