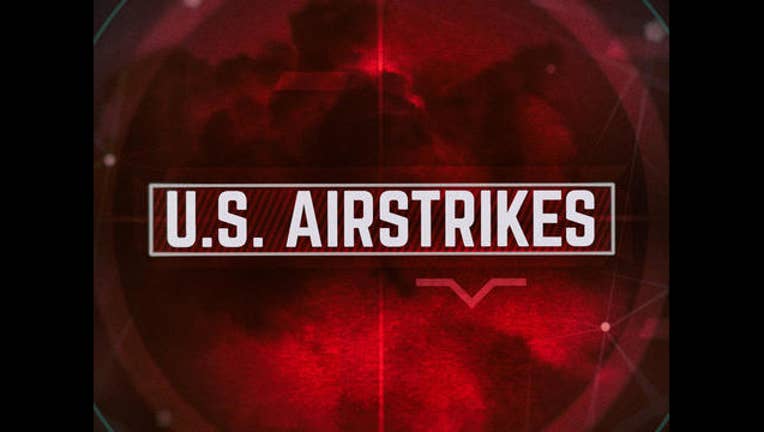 WASHINGTON (AP) -- As part of a sustained assault on the extremist group known as al-Qaida in the Arabian Peninsula, U.S. warplanes have launched more than 30 airstrikes in Yemen the past two days, a Pentagon spokesman said Friday.

Navy Capt. Jeff Davis told reporters that U.S. airstrikes have targeted members of the group as well as their facilities, equipment, fighting positions and heavy weapons such as artillery. Davis said strikes numbering in the "mid-20s" had been launched on Thursday, followed by several more Friday, putting the combined total at more than 30.

Without specifying plans, Davis said the U.S. is undertaking a sustained campaign in areas of Yemen where AQAP is most active. He said no U.S. ground troops have been involved in, or even in the vicinity of, firefights there since a late-January special operations raid that resulted in the death of a Navy SEAL, Senior Chief William "Ryan" Owens.

"U.S. forces will continue to target AQAP militants and facilities in order to disrupt the terrorist organization's plots, and ultimately to protect American lives," Davis said, adding that the group is at least as worrying as the Islamic State group that the U.S. has been attacking with daily airstrikes in Iraq and Syria for more than two years.

"AQAP is the organization that has more American blood on its hands," Davis said. "It is a deadly terrorist organization that has proven itself to be very effective in targeting and killing Americans, and they have intent and aspirations to continue doing so. We are working to stop them from that."