Surveillance video shows people ducking for cover during a shootout in Titusville.

TITUSVILLE, Fla. - Titusville Police are investigating a shootout between two men that happened in a busy part of town in broad daylight.

Investigators have released surveillance video of the incident. It shows a man firing the gun -- you can see a small puff of smoke every time he pulls the trigger.

The surveillance shows people outside a convenience store on Park Avenue ducking for cover.

Investigators say the shooter seen in the video was arrested Tuesday. Marcus Mathis was booked into the Brevard County jail. The other gunman still at large. 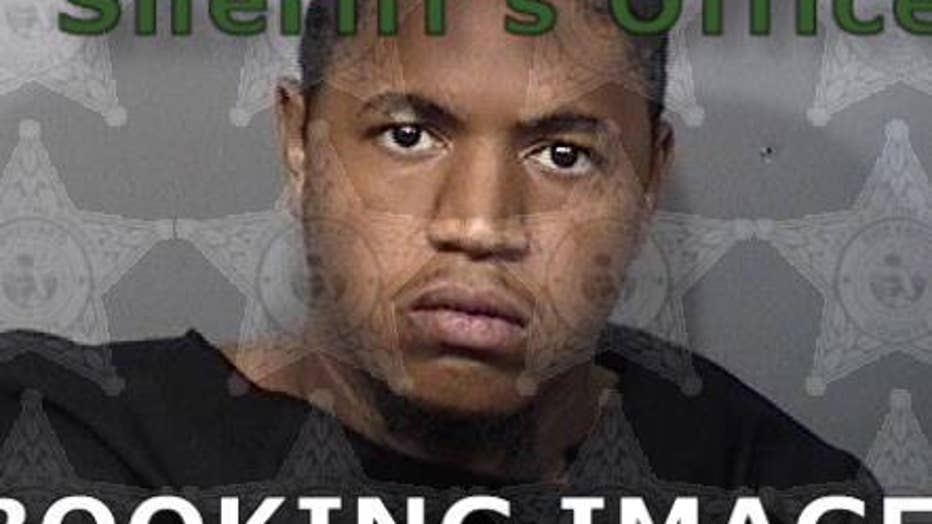 It’s another shooting in a city dealing with a spike in crime.

While police say last week’s shoot out had to do with drugs, the chief says rival gangs have been wreaking havoc recently.

“What we’ve seen is a bunch of young males between Cocoa and Titusville feuding,” said Titusville Police Chief John Lau.

Lau says that feud has led to a series of drive-by shootings.

“We have 15 to 16 year olds that are literally pulling out hand guns and firing 15 to 17 rounds in broad daylight,” he said.

Titusville police are working with authorities in Cocoa and Brevard county to identify those teens before anyone gets hurt.

As for the shooting caught on surveillance, officers say they’re still working to charge the other shooter and identify some of the accomplices.