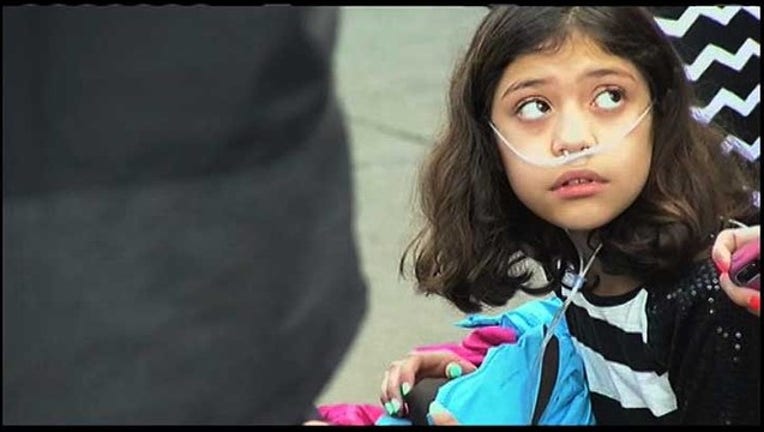 According to the San Francisco Fire Department, they received a 911 call at 10:21 a.m. at Bistro Boudin, 160 Jefferson St. of an odor causing patrons to cough.

"People were coughing in the Boudin Bakery, so it was evacuated," San Francisco Fire Department spokeswoman Mindy Talmadge said.

A hazmat team was quickly dispatched to the wharf to identify the cause of the coughing.

"A homeless person maliciously came into the bakery and released some pepper spray," he said. "The police are getting a description of the person and will search the area for them."

Eleven people were treated and released at the scene by emergency crews.

Grace Villaneuva, who was visiting the Bay Area from San Antonio, was among those treated.

"We were just sitting there, eating some lunch, when we began coughing," she said. "Everyone in the restauant starting coughing so we just got out of  there...It was a little scary because my grandkids couldn't catch their breath."