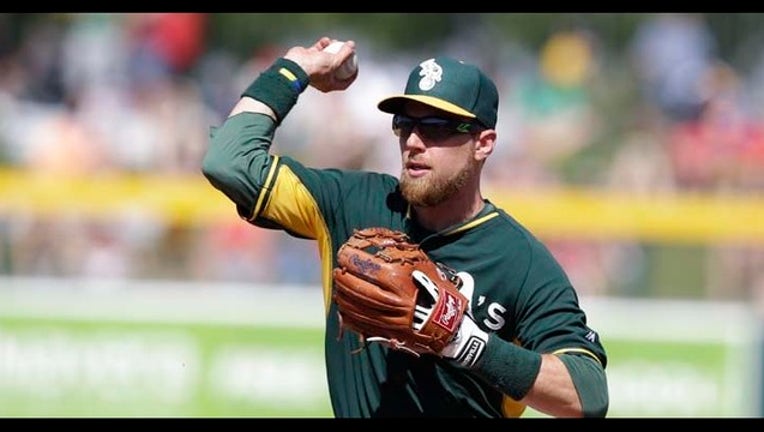 Perez homered to left in the four-run first with Eric Hosmer and Kendrys Morales aboard. Lorenzo Cain doubled and scored on Hosmer's single.

Butler, who played his first eight seasons with the Royals before signing with the A's as a free agent in November, drove in Billy Burns and Ben Zobrist in the first with his hit off Royals newcomer Volquez.

Volquez yielded two runs and five hits, three in the first inning, before exiting after 52 pitches in 2 1-3 innings.

Chris Bassitt, who is competing for a job in the A's rotation, allowed five runs and seven hits in three innings.