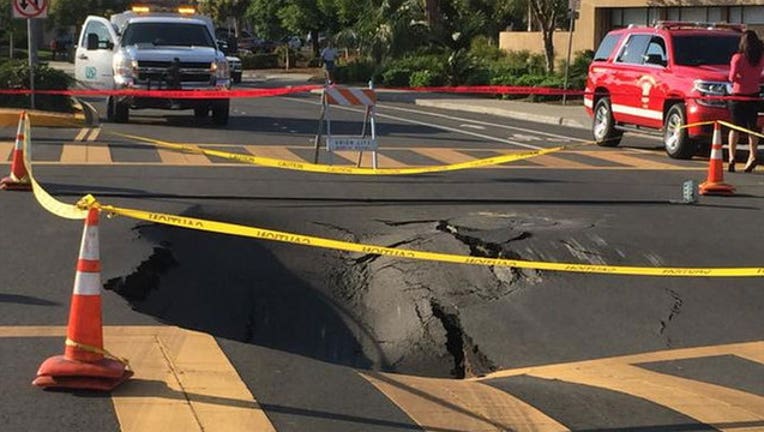 Permanent fix begins for Union City sinkhole, that was patched up in October.

A sinkhole is being repaired on Alvarado Boulevard at Haven Sttreet.

The roadway caved in back in October, and was temporarily patched up.

Union city police say at least one eastbound lane will be closed most of the week.