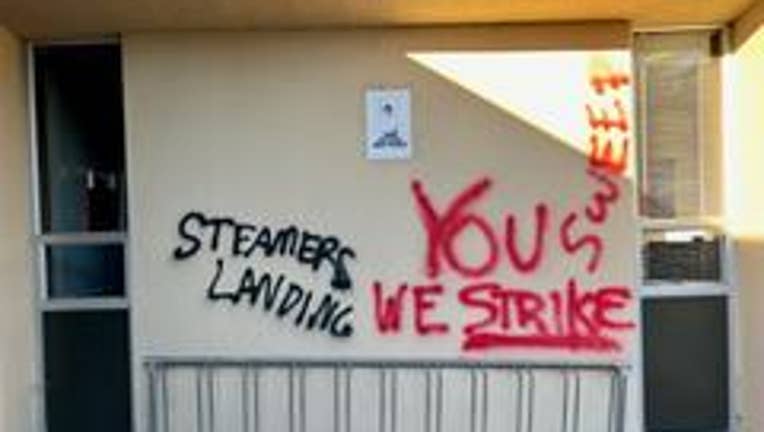 The vandalism likely comes as a response to the recent removal of homeless people from the city's Steamer Landing Park's encampment.

Upon arriving to work Thursday, a City Hall employee found graffiti at the hall's main entrance and called the police. At the scene, officers found spray-painted graffiti reading "Steamers Landing" in black and "You sweep we strike" in red. Human waste was also found smudged on the building's doors and nearby sidewalks.

In Oct. 2021, a federal judge prevented the city of Petaluma from removing people from the park until alternative housing solutions were presented to residents. The judge ended the injunction in early May, and later that month, Petaluma police sent a notice to park residents to alert them of their impending removal in June.

Law enforcement officers coordinated with City staff and a hazmat company to remove the graffiti and smeared human excrement on the building. A reward of up to $2,500 is being offered for information leading to the arrest of the vandalism suspects.