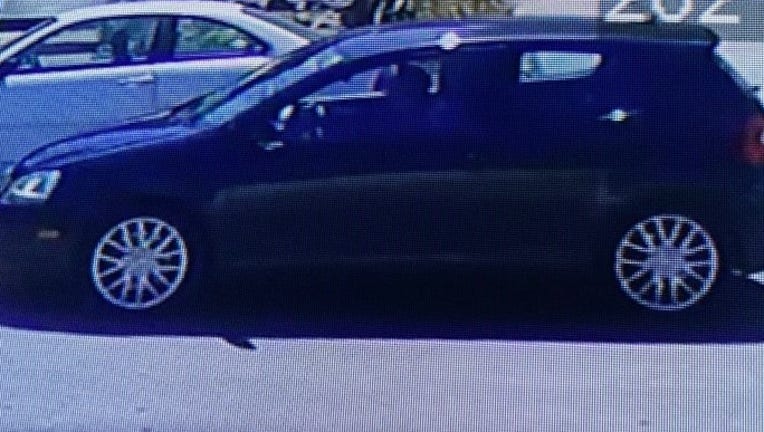 An image of a mid-2000s Volkswagen Golf that matches the description of the vehicle driven by the suspect in an indecent exposure case in Antioch, Calif., May 11, 2021 (Photo: Petaluma Police Department).

PETALUMA, Calif. - Petaluma police are searching for a man who exposed himself Tuesday morning to two girls who were walking in the 1500 block of Joan Drive, police said Thursday.

Police described the suspect as a man between 20 and 30 years old, of Asian descent, and was last seen wearing sunglasses and royal blue hospital-type scrubs. His vehicle is described as a dirty navy blue, mid-2000s Volkswagen Golf four-door hatchback.

Police said the girls, ages 12 and 7, told them that the man called them as they walked past his vehicle, when he exposed his genitals.

Anyone with any pertinent information is asked to contact the Petaluma Police Department at (707) 778-4372.