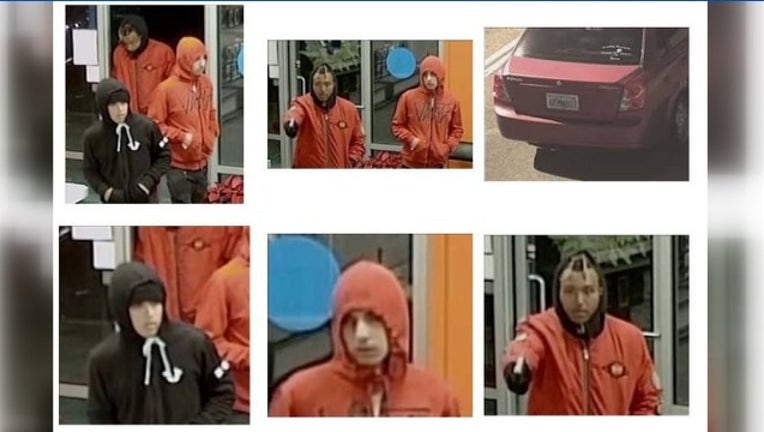 Authorities are searching for three suspects who robbed one AT&T store in Petaluma and tried to rob another in Santa Rosa hours earlier. Photo: Petaluma police

Police believe the trio may be in the greater Sacramento area and are asking for help to locate them.

According to police, the first robbery at the Santa Rosa location occurred around 6 p.m. Dec. 18.

The three suspects allegedly entered the store, brandished guns and ordered the employees to hand over cash.

An employee, however, noticed that the firearm was jammed and refused to comply. The suspects fled in a vehicle.

One of the suspects, armed with a gun, ordered customers and employees to turn over their electronic devices and other property while the other suspects collected the items and placed them in a pillowcase.

That incident was captured on store video surveillance.

The suspects fled in a red sedan, which was later found abandoned in the area of Oak Hill Park, police said.