PHOENIX - Two young girls were found dead inside a Phoenix apartment and police believe the children were killed by their own mother near 13th Street and Mountain View Road .

They were identified as 4-year-old Royal McIntyre and 9-year-old Aleyah McIntyre.

According to investigators, the girls' bodies were found in a bed, with no obvious signs of trauma.

An investigation revealed that the children had been sedated with prescription and over-the-counter medication, and they likely overdosed from the drugs. Acetaminophen and oxycodone were both found near the girls' bodies, court documents showed.

The mother reportedly told police that she believed her daughters had COVID, so she isolated them in their bedroom and medicated them to help them sleep.

"While in the hospital, Retta made admissions to hospital staff as to her involvement in taking the life of her oldest daughter and attempting to take her own life," documents said.

Additionally, a person whose identity was hidden in the court documents reportedly told detectives that Cruse had been upset over a recent court hearing where she lost custody of one of her daughters.

She later denied making any confessions and said she did not know how the girls died.

Cruse faces two counts of first-degree murder. A bond for Cruse is set at $2 million. 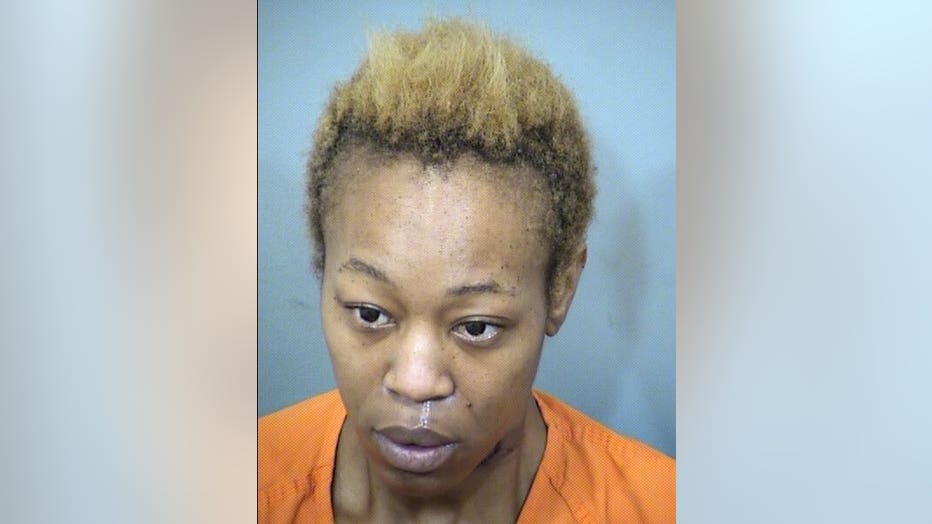 On Sept. 10, officials with the Washington Elementary School District identified Aleyah as a fourth grade student at the Sunnyslope School. Royal was not identified as a student with the district.

"The WESD Crisis Response Team was on campus at Sunnyslope School yesterday and today and will be available as needed to help students and staff process this tragic news," read a portion of the statement.

The father is cooperating with investigators and police believe the girls' mother may be responsible for the deaths and her own injuries. The mother remains hospitalized in critical condition, but is expected to survive.

The incident happened near 13th Street and Mountain View Road on Sept. 8, and the victims have been identified as 9-year-old Aleyah McIntyre and 4-year-old Royal McIntyre. FOX 10's Irene Snyder reports.

On Sept. 10, people living in the area gathered to remember the lives of Aleyah and Royal.

"I don't understand how someone could do that to a child," said Holly Stevens. "When kids get hurt, they ask for their mom, and as a mother, I couldn't fathom. Ever."

"It's just heartbreaking for me, 'cause nothing like that ever happened in our school," said one girl.

Children who attended the vigil wrote messages for their friends, letting them know they will always be loved, and will never be forgotten.

Children identified after being found dead in Phoenix apartment

Phoenix Police found their bodies in a bed with no obvious signs of physical trauma. Their mother is in the hospital with self-inflicted stab wounds.

"I know anybody who's involved in the scene right now. It's heartbreaking to walk into that or to hear about it you know, these small children that are dead. Obviously heartbreaking for the community and what we're going to do is a very thorough investigation to make sure that we do justice by the community," said Sgt. Andy Williams.

Police say this was not a random attack.