PHOENIX - A Phoenix-area radio and television personality shared memories of rapper DMX, as the world remembers the life and legacy of the rap legend.

DMX, whose real name is Earl Simmons, died at the age of 50. A statement released by relatives on April 9 said he died "with his family by his side after being placed on life support for the past few days."

Related: Rapper DMX dead at the age of 50

DMX made a splash in rap music in 1998 with his first studio album "It’s Dark and Hell is Hot," which debuted No. 1 on the Billboard 200 chart. The multiplatinum-selling album was anchored by several hits including "Ruff Ryders’ Anthem," "Get At Me Dog" and "Stop Being Greedy."

Along with his music career, DMX paved his way as an actor, starring in several movie roles. He starred in the 1998 film "Belly" and appeared in "Romeo Must Die" a couple years later with Jet Li and the late singer Aaliyah. DMX and Aaliyah teamed up for the film’s soundtrack song "Come Back in One Piece."

The rapper also starred in "Exit Wounds" with Steven Seagal and "Cradle 2 the Grave" with Li. 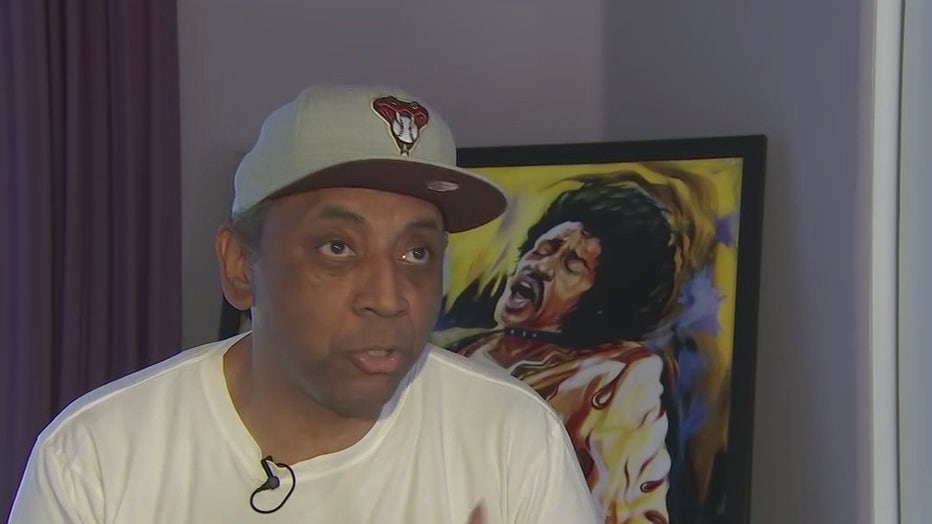 DJ Super Snake says one of his best memories with DMX happened at a surprise show.

"We had this show, and nobody knew that DMX was going to come," said Super Snake. "He came on stage he went on there and went 'roar.' I mean, he killed it."

Super Snake says DMX was always the life of the party.

"The guy's energy is amazing, and he was always great," said Super Snake.

According to earlier media reports, DMX was taken to the hospital following a heart attack. DMX's longtime lawyer, Murray Richman, said he could not confirm reports that DMX overdosed on drugs, and was not sure what caused the heart attack.

"I'm not suprised, but I'm saddened," said Super Snake. "He has fought through issues for a long, long time."

DMX used to live in Arizona.

"This was a getaway place for him here, and then he started getting in trouble out here," said Super Snake.

In 2009, FOX 10's John Hook interviewed DMX in an exclusive interview behind bars. At the time, he pleaded guilty to animal cruelty, drug and theft charges.

"I learned this is not where I want to be man," said DMX at the time.

During the 2009 interview, DMX said he wished to one day become a minister to serve others.

"I hope I'm able to reach somebody or touch somebody, and bring them closer to the lord," said DMX at the time.