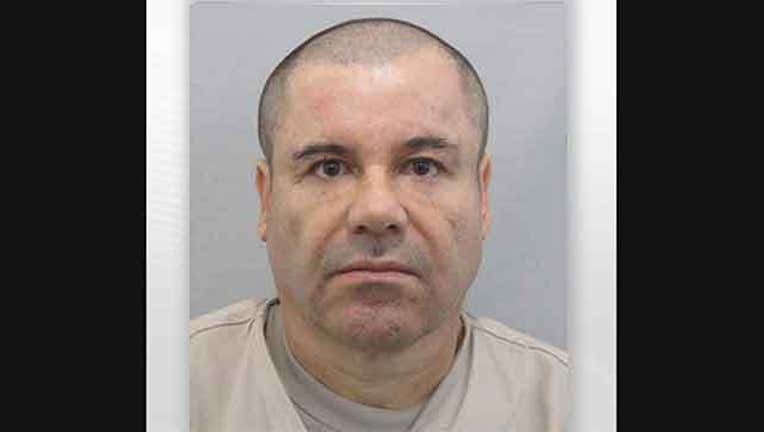 KTVU/AP - A website that tracks the activities of reputed drug lords particularly in Mexico has posted photos it claims are of prison escapee and kingpin Joaquin 'El Chapo' Guzman.

In one photo, Guzman appears to be in the co-pilot seat of a plane. In another, Guzman is presumably seen sitting nexting several women with a beer in his hand.

According to the site, the photos do not appear to have been edited and were posted by the billionaire drug lord's son.

On Tuesday, Mexico's interior secretary said Guzman must have had inside help to escape from a maximum security prison west of Mexico City last weekend.

As authorities hunt for any sign of Mexico's most powerful drug lord, security experts said the elaborately designed tunnel he used makes it clear that "El Chapo's" escape involved help on a grand scale. A former member of Mexico's domestic intelligence service, Alejandra Hope, notes in a blog that the tunnel was a mile-long, "wide enough to hold a motorcycle, and ending in one of the few blind spots in Mexico's most-secure prison."

Interior Secretary Miguel Angel Osorio Chong adds that the tunnel builders would have needed the blueprints to reach Guzman's cell.

Some 32 prison employees, including the prison director are being questioned.

U.S. officials say the tunnel must have been in the works for at least a year.