The Pinellas County Sheriff’s Office says it's launching a ‘major’ investigation after a deputy ran over a sunbather on St. Pete Beach.

ST. PETE BEACH, Fla. - The Pinellas County Sheriff's Office isn't responding to questions about how a sunbather was run over by one of its deputies who was driving an SUV on St. Pete Beach Wednesday afternoon.

The deputy ran over the 23-year-old woman who was reportedly lying on her back on the sand.

It happened just after 1 p.m. behind 4450 Gulf Boulevard. The sheriff's office said the 58-year-old deputy was driving a fully-marked Chevrolet Tahoe when it happened.

The deputy was parked and talking with pedestrians when he was dispatched to the location of a 911 hang-up. 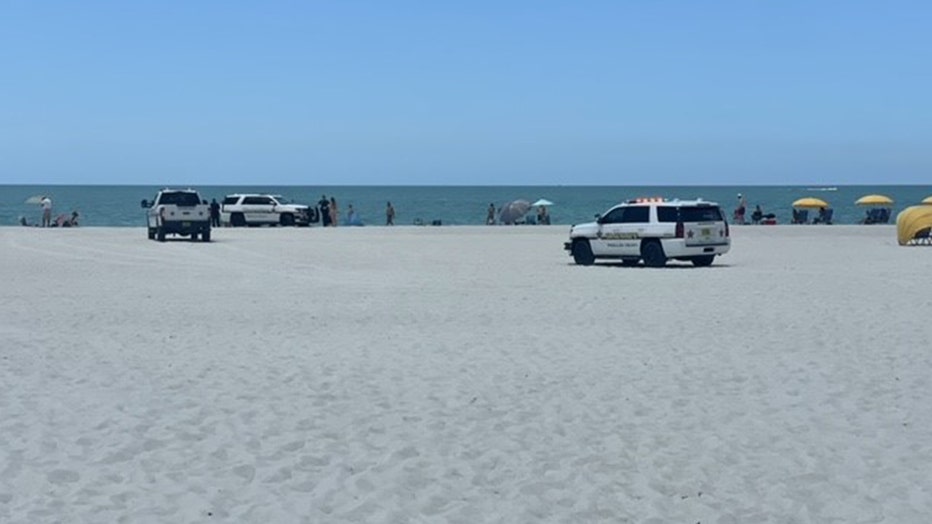 The scene at St. Pete Beach after a Pinellas County deputy ran over a woman on St. Pete Beach. The image was provided by FOX 13 viewer who wanted to remain anonymous.

The deputy turned right from where he was parked and that's when he ran the sunbather over.

According to investigators, the front driver side tire of the Tahoe drove over the woman's right side and mid to upper back. She was taken to the hospital with non-life-threatening injuries and did not feel up to talking to reporters Thursday.

A bystander, who wished to remain anonymous, took photos of a deputy standing over the woman as firefighter rescue personnel tended to the victim. The pink facade of the Don Cesar hotel could be seen in the background. 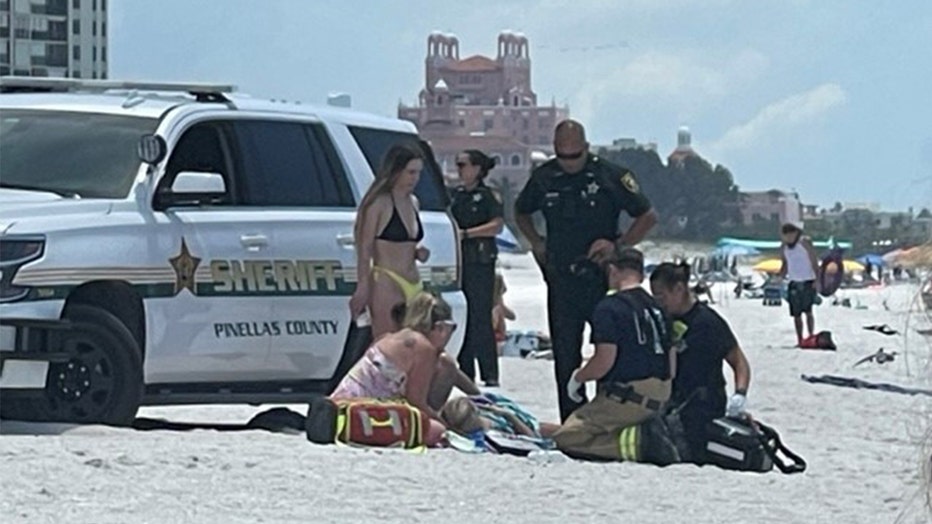 Scene image from a FOX 13 viewer, who wanted to remain anonymous, showing first responders tending to a woman after a Pinellas deputy ran her over at St. Pete Beach.

The Pinellas County Sheriff's Office has not responded to FOX 13's questions about whether it will review policies about driving full-sized SUVs on the sand.

The sheriff's office also uses smaller ATVs on the beaches, as well.

They declined an interview Thursday, citing the active and ongoing investigation by its Major Accident Investigation Team.