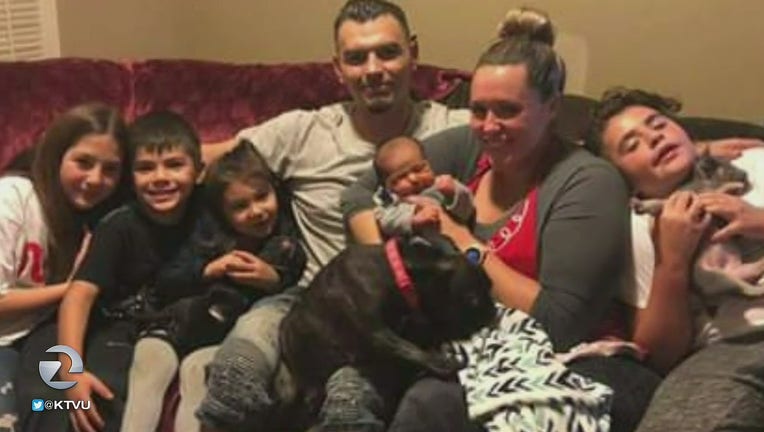 The family, who had taken a happy photo just an hour before Rafael Lopez was killed, can’t believe they are left without him. He was Pittsburg’s 7th homicide of the year.

PITTSBURG, Calif. - Two armed and masked gunmen stormed a family gathering over the weekend and fatally shot a 34-year-old father of six children during a struggle, the man's fiancee said.

Lea Perry said the men came through an unlocked door at the home on Havenwood Circle about midnight Saturday and pointed a gun at one of their children.

That's when her fiance, Rafael Lopez, tackled one of the two men to the ground.

Perry said the men were strangers, but Pittsburg police said they are working to confirm that Lopez and the suspects knew each other and the deadly encounter was "the result of a disagreement that had occured."

A Pittsburg family is struggling over the violent death of the patriarch of the family. The victim was the seventh homicide this year in the city. Rafael Lopez's life was taken after the family says two strangers entered their home, and the encounter turned violent. Greg Liggins reports.

. The victim's family said nothing was taken from the home, and they don’t know who the suspects are, or what motivated them to enter the house.

“Rafael doesn't have an enemy in the world,” Perry said. “We have no problems with anybody...He is our family.  He was the life and breath of everything.”

Perry said the front door was open to allow relatives to come and go during the party.

The family, who had taken a family photo just an hour before he was killed, can’t believe they are left without him.

Lopez was also a baseball and football coach, known as “Coach Raff,” and was raising six kids with Perry, four of his own and two of hers. Lopez had played high school football, and the experience left such a positive impression, coaching became an integral part of his life, a way of giving back.

“He was amazing and he loved kids and kids loved him,” his mother, Robin Lopez, said.

Perry said her fiancé wanted to keep kids on the right path.

“He knew that sports can give that and be that outlet to do many kids and that's where his passion came from,” she said.

Pittsburg police are searching for the killers, who they say drove off in a gray or silver sedan. They’re asking anyone with information to contact the department.

Lopez  was Pittsburg’s 7th homicide of the year. 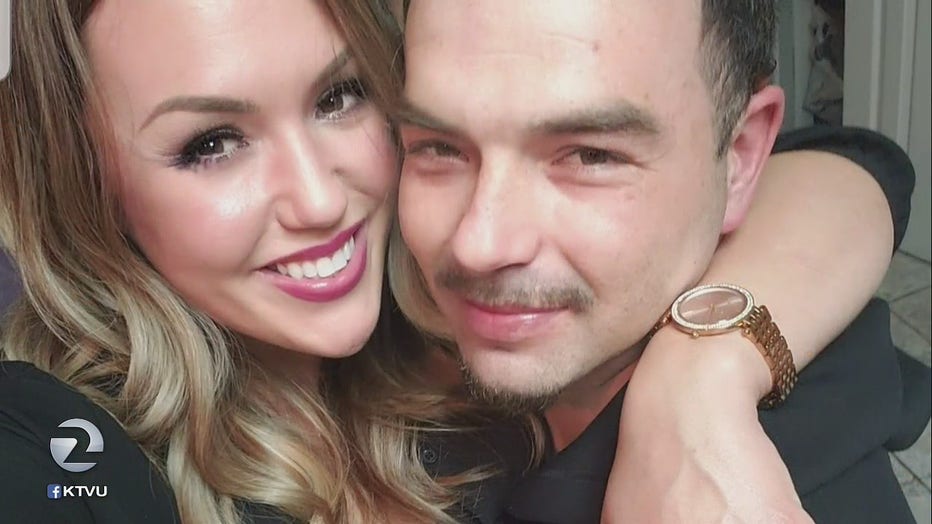 Lea Perry and Rafael Lopez had six children they were raising together.