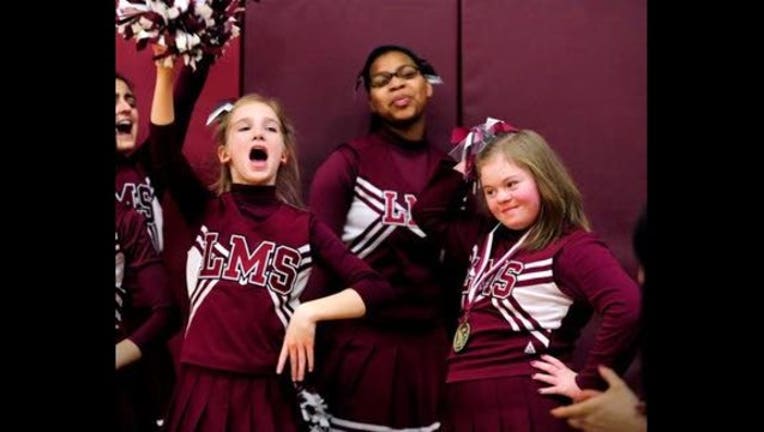 KENOSHA, Wis. (AP) - Several middle school basketball players in Kenosha have taken a stand against bullying in a unique way.

The student athletes stood up for one of the team's cheerleaders when they heard some derogatory words directed toward her during a basketball game at Lincoln Middle School.

Chase Vazquez, Scooter Terrien and Miles Rodriguez walked off the court in the middle of the game to address the mean-spirited comments directed at cheerleader Desiree Andrews, who has Down syndrome.

Rodriguez says it made him mad to hear the comments. Terrien tells WTMJ-TV it's not fair because we're all created the same.

The team played their last game Tuesday night in the gym that they have renamed "D's House."