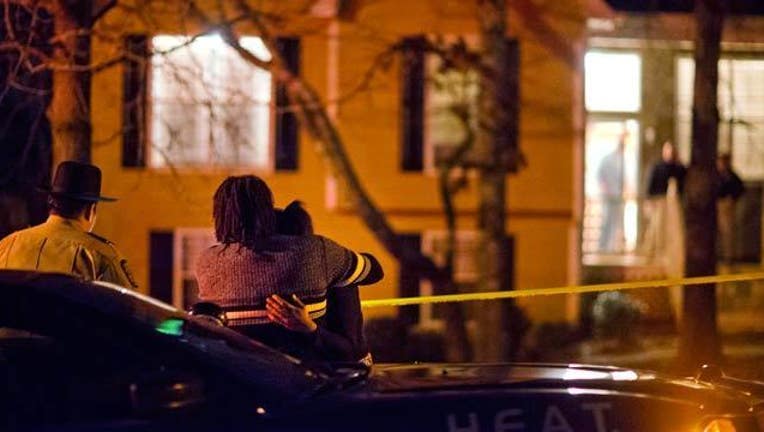 DOUGLASVILLE, Ga. (AP) — A quiet, suburban neighborhood outside Atlanta was left reeling after a man shot six people — killing four of them, including his ex-wife and several children — before ending the rampage by fatally turning the gun on himself, police said.

Horrified neighbors called 911 and then tried to help the severely injured victims as best they could before rescuers arrived.

The shooter, whose name was not immediately released, appeared to have targeted his ex-wife and her household, shooting victims inside and outside the house, Daniel said. Several children were gunned down as they fled on a street, neighbors said.

Authorities did not release the names of the victims because they were still trying Saturday to contact the next of kin. Investigators believe the gunman killed himself at the end of the shooting spree.

Police were still trying to determine the shooter's motive and piece together what happened.

"I've been in law enforcement out here 20 years and this is the worst I've ever seen," Daniel said. He did not know when the couple divorced or if they had prior contact with police.

Teresa Carter, 59, said she heard the gunfire from inside her home but did not see what happened. Carter said she often saw the children playing in the driveway and around the neighborhood. They enjoyed petting her dog.

"I heard shots, and I heard the girl scream," Carter said. "And then I heard four more shots."

Brandon Hallman was working on a car a few houses down when the shooting started.

"I heard a couple quick shots, you know, back to back to back. Went out there and, you know, looked and it was already over," Hallman said. "We just grabbed some towels and kind of went down there to try and help before the paramedics got here."

Another neighbor, Angela Ansah, struggled to explain to her own children what happened to their slain friends a few houses down. Ansah said some of the children targeted Saturday often came over to her house to play with her own children.

"These are children I see every day, every blessed day," Ansah said.