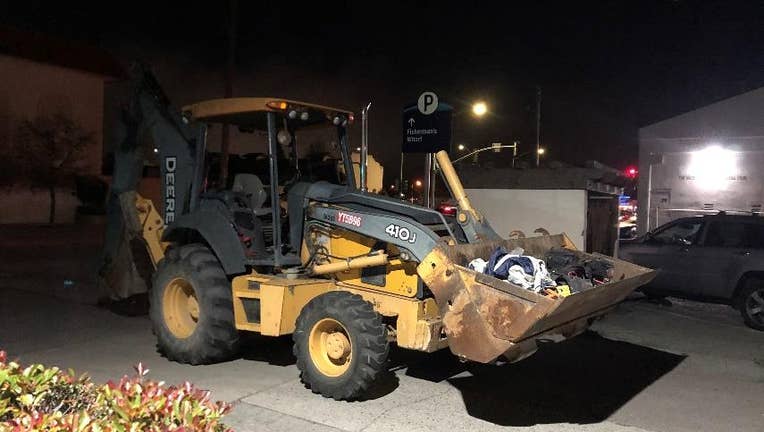 MONTEREY, Calif. - Police arrested a 56-year-old man after he allegedly stole a backhoe-style tractor Sunday and drove it around in Monterey.

Monterey police responded at 7:34 p.m. Sunday to a report of a man driving a tractor while yelling and acting strange in the area of Figueroa Street and Fisherman's Wharf. Upon arrival, officers found a tractor being driven on Del Monte Avenue and initiated a traffic stop.

Police noted in a news release that the driver of the tractor -- later identified as Joseph Bollom -- did not appear to be a construction worker, appeared to be under the influence of narcotics and did not initially comply with an officer's request to get down from the tractor cab. 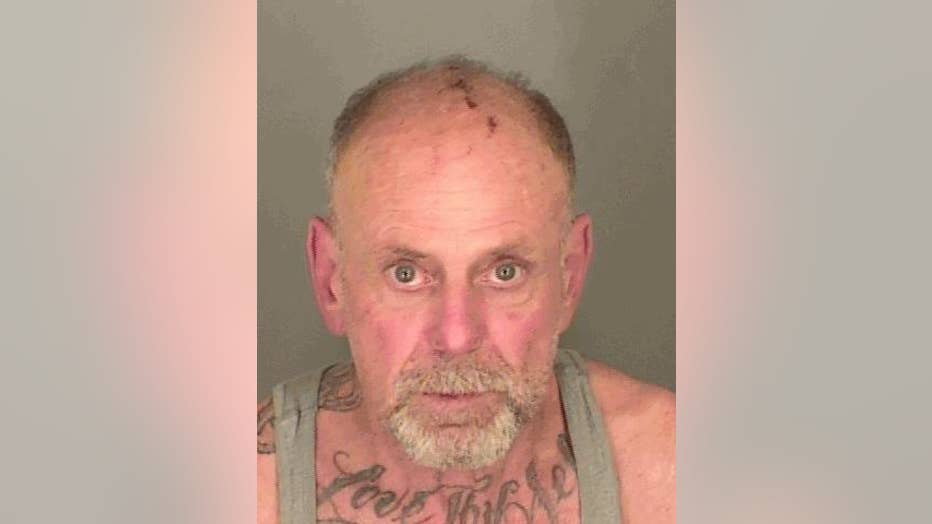 Officers noticed the ignition wires exposed in the cab of the tractor and numerous tools and construction equipment inside the front bucket, and later determined the tractor had been stolen from a construction company job site.

An ensuing investigation identified Bollom as the suspect in a burglary of a hotel in the 800 block of Munras Avenue. Police later found in his possession property stolen in a string of burglaries reported Sunday.

Police arrested Bollom on suspicion of numerous violations, including burglary, possession of stolen property, vandalism, driving under the influence of drugs and obstructing an officer.