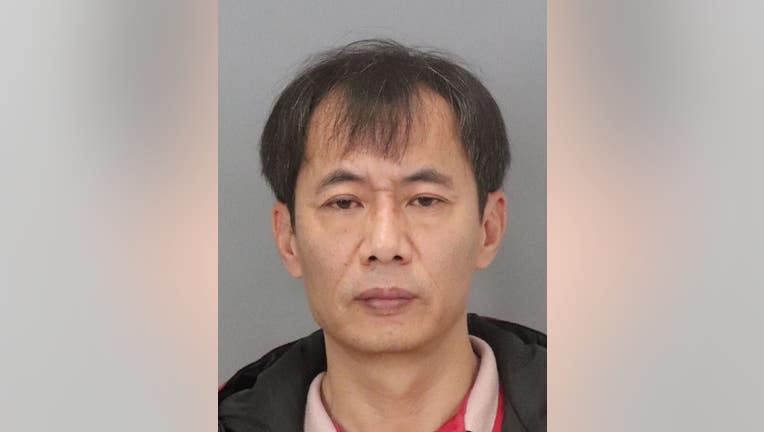 Gang Wang, 46, is accused of sexually assaulting a customer at a Palo Alto day spa where he worked.

PALO ALTO, Calif. (KTVU) - A San Jose man was arrested Friday on suspicion of sex crimes committed in August at a Palo Alto day spa, and police believe there may be other victims.

The investigation stems from a sexual assault report made Aug. 23 by a woman who had been at the Body Kneads Day Spa at 810 San Antonio Road, where she had been earlier that evening.

She said the masseur "rubbed her private area and sexually assaulted her twice," police said in a release and continued to touch her in a sexual manner despite being told twice to stop.

An investigation was quickly launched with cooperation from management of the spa, which also terminated the employment of masseuse Gang Wang, 46.

Detectives found evidence linking Wang to the sexual assault claim and a warrant was issued Friday charging Wang with felony sexual penetration by force and felony oral copulation by force.

He was arrested and booked into the Santa Clara County Main Jail Police note that Wang, who went by the name "Adam" at the spa, came into physical contact with many clients and believe there may be other victims.

Anyone who believes they may be a victim or has information about the suspect or the incident, can contact the 24-hour dispatch center at (650) 329-2413.