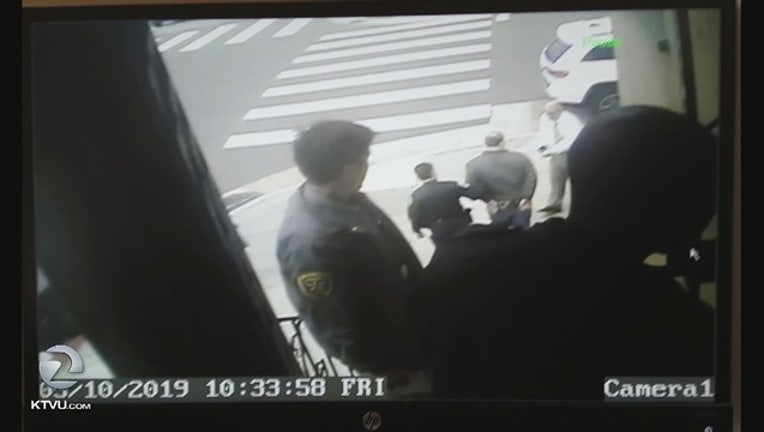 SAN FRANCISCO (BCN) - During a San Francisco Police Commission meeting on Wednesday, Police Chief William Scott said he was confident that a search warrant issued at the home and office of a freelance journalist last week was legal and in compliance with the Shield Law, which prohibits law enforcement from forcing journalists to reveal their sources.

The raid at the home and office of stringer journalist Bryan Carmody last Friday was in connection to a leaked police report which detailed the death of late San Francisco Public Defender Jeff Adachi, who died on Feb. 22.

KTVU was one of the outlets that bought the police report from Carmody, a regular freelancer for the station.

Scott said the search warrant came after city leaders demanded that the leak be investigated during a Board of Supervisors' hearing last month.

"This leak was a breach of the public's trust and we understand that and we're investigating these allegations fully, including allegations of misconduct potentially by members of the San Francisco Police Department," he said, adding that any SFPD member found to be involved would be held responsible.

Police Commissioner John Hamasaki called the leak "appalling" and said it was an attack on Adachi and his family.

Scott said he couldn't get into the details about the search because the affidavit and warrant are under seal.

"I'm confident that we took the appropriate legal matters to get the search (warrant) authorized by the judicial officials that looked at it, so I am confident about that," he said.

In a statement issued late Tuesday, Mayor London Breed shared similar sentiments, saying, "As part of the investigation, the (police) department went through the appropriate legal process to request a search warrant, which was approved by two judges.

"I believe that someone within the department needs to be held accountable for the release of this information," she said.

According to police, during the raid, officers seized documents, notes and a slew of digital devices.

In a statement, FBI San Francisco officials said Wednesday that although two agents were present Friday, the agency did not participate in the execution of the police search warrant.

"FBI agents did not participate in SFPD's entry team, nor the search team. Two FBI agents were present in Mr. Carmody's residence for approximately 10 minutes on May 10, 2019, for the purpose of interviewing him as a witness."

Following the police raid, Carmody posted on Twitter, "This is part of a campaign to make me divulge a confidential source. I will not."

Several free speech and journalist advocacy groups have condemned the raid, citing the Shield Law and have demanded that police return Carmody's equipment. They're also calling on city leaders to investigate the legality of the raid.

Earlier on Wednesday, Carmody said on Twitter that his lawyers were working on drafting a motion to possibly file in court on Thursday.

Carmody's friends have started a GoFundMe page to help raise $100,000 to replace the items police confiscated.