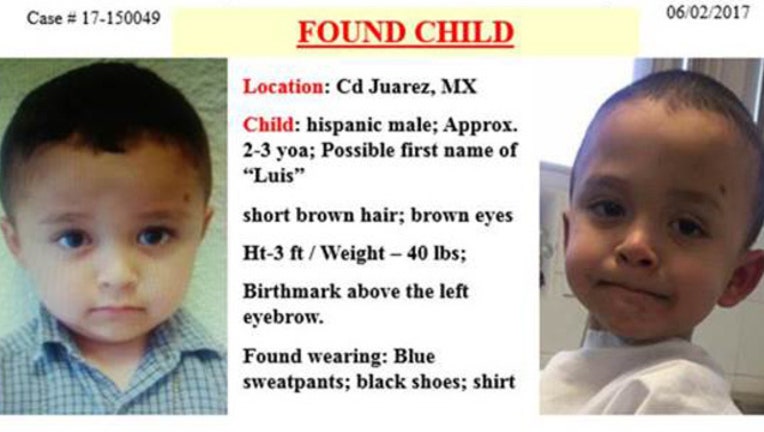 EL PASO, Tex. (KSAZ) - Police in the Texas border town of El Paso are looking for information that would assist them in identifying a child that was located, alone, near the U.S./Mexico border in February.

The child is described by El Paso Police as Hispanic, 3' tall, weighing 40 lbs, with short brown hair, brown eyes, with a birthmark above the left eyebrow. Police said he was found wearing blue sweatpants, black shoes, and a shirt.

El Paso Police believes the child is an American citizen, because he understands and speaks English.