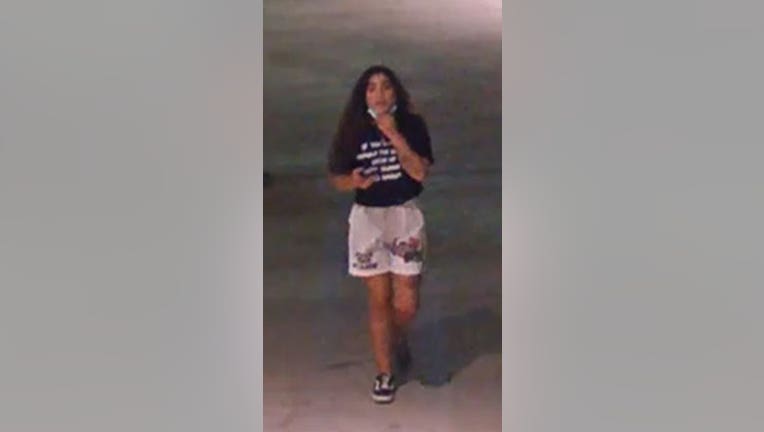 SAN JOSE, Calif. - San Jose police said Monday they have arrested a 23-year-old woman and are seeking a second female suspect in connection with vandalism that damaged the home of Mayor Sam Liccardo in August.

A small group of protesters gathered at Liccardo's home around 10 p.m. on Aug. 28, with some spray-painting expletives, firing paintballs and burning a flag in front of the house. Liccardo wasn't home at the time.

Police said an extensive investigation led to the identification of Hailey Scimone as a suspect in the vandalism. She was taken into custody Sunday in Santa Clara and booked into county jail on suspicion of felony vandalism.

Investigators also provided photos of the second suspect, described as a woman in her early 20s with a medium build and long brown hair who was last seen wearing a black shirt, white shorts and Vans-style shoes.

In a separate case, police over the weekend arrested two people in connection with vandalism on Sept. 23 of the monument of Thomas Fallon, an early mayor of San Jose in the 1800s who has been criticized for embodying mistreatment of natives and American imperialism. 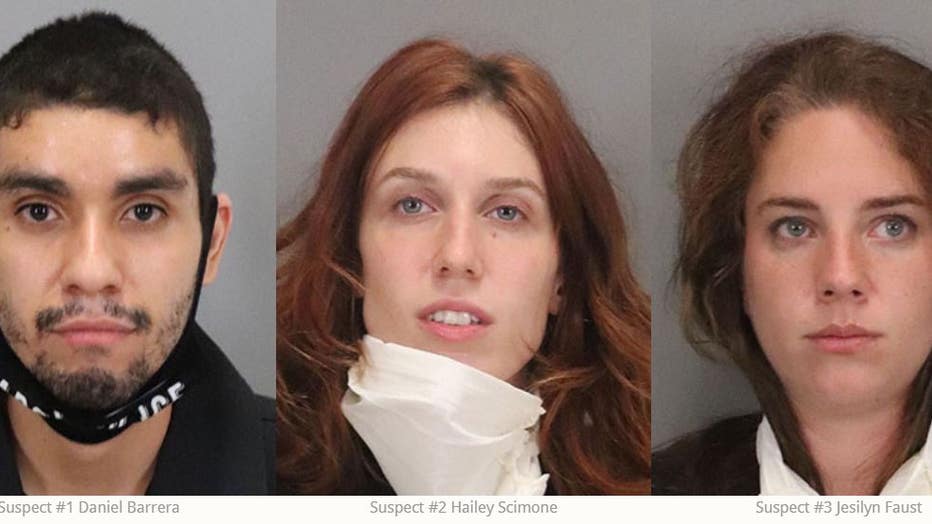 At about 9 p.m. on Sept. 23, protesters in the area of Julian Street and state Highway 87 defaced the monument with spray paint and set it on fire with an accelerant. Daniel Barrera, 25, and Jesilyn Faust, 30, were identified as two suspects and were taken into custody Saturday, police said.