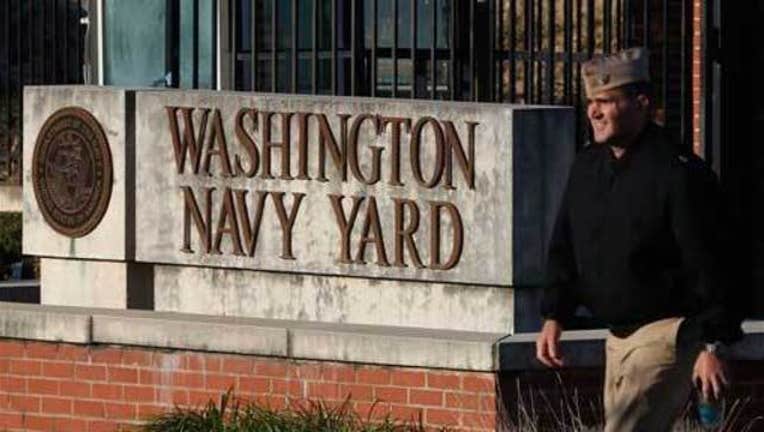 WASHINGTON (AP) — Investigators found no evidence of a shooting after the Washington Navy Yard went on lockdown Thursday because someone reported shots fired in the same building where a gunman killed 12 workers in a rampage two years ago.

D.C. police said in a statement that someone had called from inside a Navy Yard building to report possible sounds of gun shots around 7:30 a.m. However, investigators found no sign of a shooting, and no one was hurt.

An official who had been briefed on the situation had previously said no arrests had been made and no weapons were found. The official spoke on condition of anonymity because the person was not authorized to release details.

Authorities received an alert about a potential shooter, which triggered a large response in keeping with protocols established after the 2013 massacre, the official said.

A U.S. official who also spoke on condition of anonymity said Navy security saw surveillance video of two people jumping the fence in the vicinity of the building a couple of minutes before the first report of gunfire. Security found no one inside the building, the official said.

A heavy police and fire department presence began blocks away from the Navy Yard, with roads blocked and a helicopter hovering overhead. The FBI and Bureau of Alcohol, Tobacco, Firearms and Explosives were on the scene.

Gates to the Navy Yard were closed, and all people were advised to shelter in place, said Chatney Auger, spokeswoman for Naval District Washington.

Thousands would be at the base at the time of the reports, Navy public affairs officer Chris Johnson told reporters outside the facility.

In September 2013, military contractor Aaron Alexis killed 12 civilian workers at the Navy Yard's Building 197 before he was fatally shot by police. The building has since been renamed the Humphreys Building. It reopened this year.

When facilities specialist Chris Robertson heard an alarm and loudspeaker instructions about 7:30 a.m., he said his first thought was: "Here we go again."

He said his supervisor called at 7:33 a.m. and told him and his two co-workers to leave. He also said he hadn't noticed anything unusual Thursday morning — everything was normal.