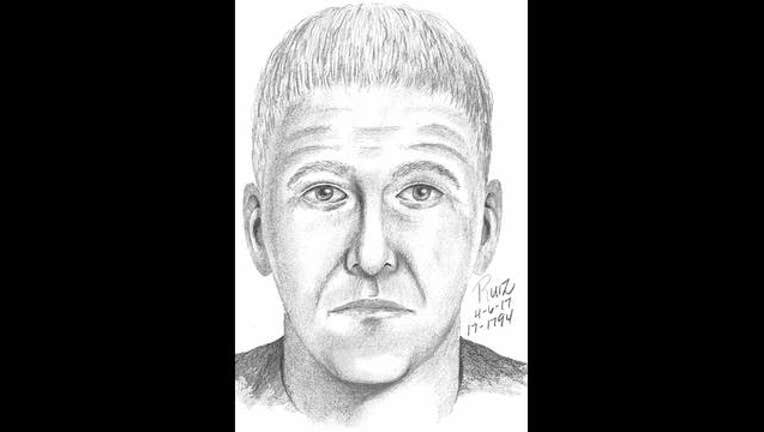 The suspect was allegedly involved in two incidents on April 2, one on Yale Street and another on College Avenue.

Detectives also believe the same suspect may have been involved in another prowling incident on March 21 on Emerson Street, police said.

The suspect is described as a clean-shaven white man in his mid 40s to mid 50s, about 5 feet 9 inches to 6 feet tall with a medium build and short brown hair that may be graying. He was wearing blue jeans and either a
short-sleeved blue T-shirt or a red plaid shirt, according to police.

The first case occurred at about 8:40 p.m. when a woman in her 50s reported a suspicious person in the 2300 block of Yale Street.

The woman said the man tried to make small talk with her as she was unloading her car. She said she felt uncomfortable and ended the conversation.

About 20 minutes later the woman said she heard the doorknob of her locked front door being shaken, police said.

When the doorbell rang, she went to the door and saw a man walking away. She asked him what he wanted, but he didn't respond and walked southbound on Yale Street.

In the second case, a woman in her 20s reported at about 11:12 p.m. a suspicious person in the 200 block of College Avenue, according to police.

The woman said she discovered a man not known to her standing in the bushes in her side yard.

He was apparently trying to look through closed blinds into the bedroom of her roommate, who is also in her 20s.

The victim said she asked the man if she could help him and he walked away without responding, police said.

Detectives believe the two cases may be connected to a March 21 incident that happened around 10:50 p.m. in the 1100 block of Emerson Street.

In that case, a woman in her 70s called police after seeing a man in her backyard looking into her home. When the woman yelled at him, he ran away.

Detectives investigated the incident, identified a possible suspect and sent the case to the Santa Clara County District Attorney's Office for review of misdemeanor prowling and trespass offenses. No charges have been filed yet, according to police.

Anyone with information about the man's identity is asked to contact the Palo Alto Police Department's 24-hour dispatch line at (650) 329-2413. Anonymous tips can also be emailed to paloalto@tipnow.org or sent by text or voicemail to (650) 383-8984.