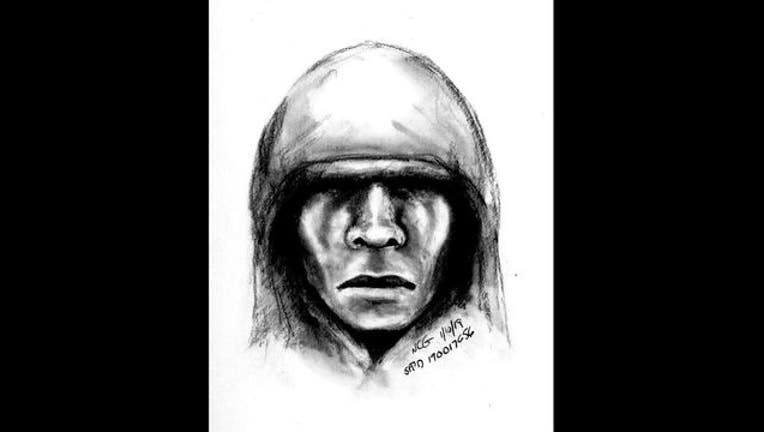 Suspect in attack of elderly woman attacked in Visitacion Valley. Police released this sketch on Jan. 15.

The case started as a call at about 6:45 a.m. on Jan. 8 about a suspect who was seen exiting a residence in the 1000 block of Visitacion Avenue and then walking away eastbound. Shortly afterward, the elderly victim was found in a park across the street, police said.

The woman had multiple traumatic injuries that are considered life-threatening and she is still being treated for them this week, according to police.

Investigators believe the suspect attacked the victim in the park and then entered her home across the street. He is described as a black man in his 30s who is about 5 feet 6 inches tall with a skinny build, police said.

Investigators from the Police Department's Special Victims Unit have been dedicated to the case and released a forensic sketch of the suspect Tuesday.

Anyone with information about the attack is asked to call the department's 24-hour tip line at (415) 575-4444 or to send a tip by test message to TIP411 and start the message with "SFPD."