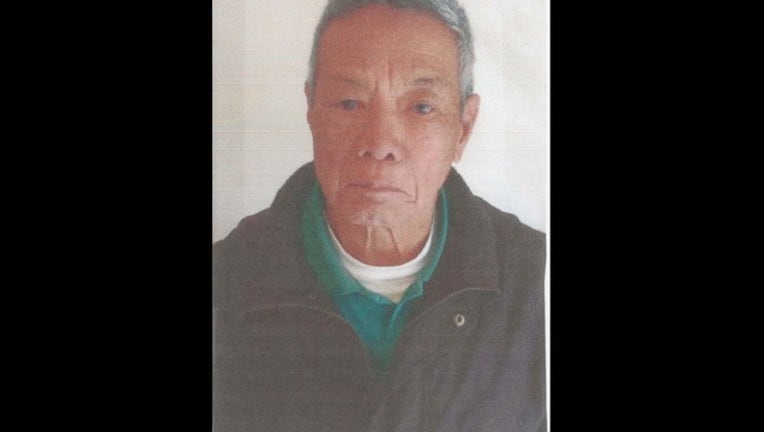 ALAMEDA, Calif. (KTVU) - ALAMEDA (BCN) - Police are looking for an 82-year-old who's been reported missing in Alameda and is considered to be at risk.

Ernesto Caparas Leano is described as an elderly Asian man, roughly 5 feet 2 inches tall and 130 pounds. He has gray hair and blue eyes, according to police.

Police said he frequents the Marina Village Shopping Center in Alameda and the area around Webster Street.