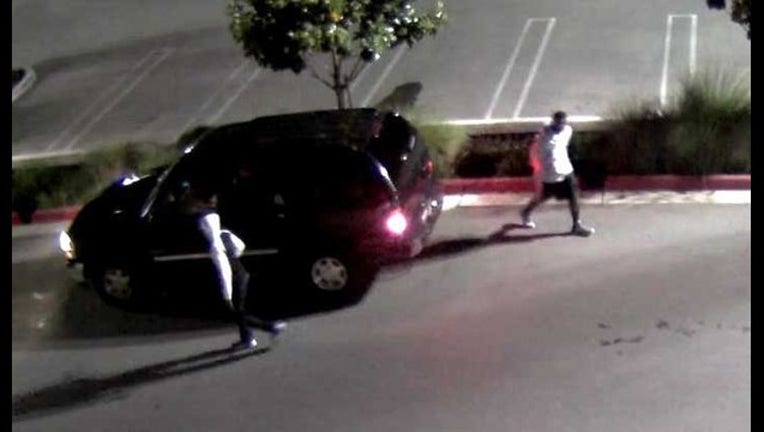 The first robbery was reported at 9:17 p.m. Saturday at the AMC Brentwood 14 movie theater in the Streets of Brentwood shopping center at 2525 Sand Creek Road.

Two young men in their late teens or early twenties approached four boys under the age of 18 and one suspect displayed the handle of a handgun in his pocket, according to police.

The four victims turned over their cash, cellphones and belts, after which the suspects fled on foot.

Around 9:30 p.m. a boy and girl, both under 18, were approached by two young men matching the description from the earlier robbery on a walking trail north of the Streets of Brentwood shopping center. One of the suspects

claimed to have a gun, although neither victim reported seeing one.

The suspects took the victim's cellphones and fled the scene on foot.

Then around 10 p.m., another robbery involving similar suspects and similar circumstances took place in Antioch, according to Brentwood police.

Police are investigating the possibility that the same suspects committed all three robberies.

Anyone with additional information about any of the three robberies that occurred Saturday night is asked to call Detective Huesman with the Brentwood Police Department at (925) 809-7735.