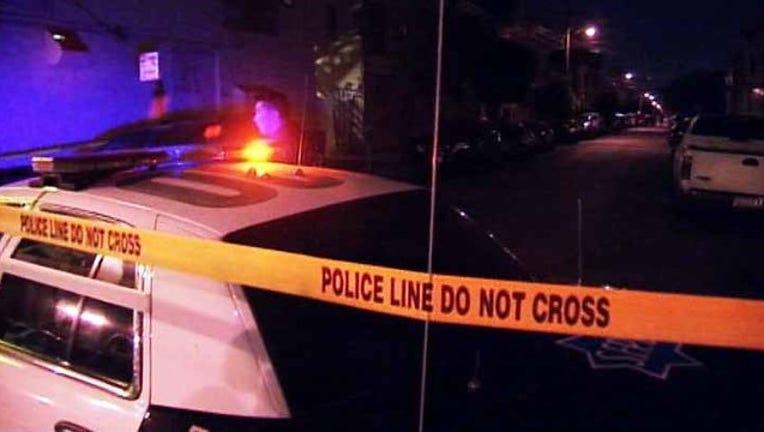 SAN FRANCISCO (KTVU and wires) -- A 22-year-old man was shot in the back while fleeing from four suspects early Friday morning in San Francisco's Fisherman's Wharf neighborhood, according to police.

Authorities said at about 12:30 a.m. the victim was leaving a restaurant at or near the intersection of Leavenworth and Jefferson streets when the suspects approached him and asked him if he was in a gang.

One suspect struck the man with a beer bottle and as the victim was fleeing from the attack, the suspects shot the man with a handgun. The bullet punctured the victim's colon, according to police.

The man went to San Francisco General Hospital with injuries that are not considered life-threatening, police said.

The suspects are two males and two females, 17 to 18 years old. Police said the suspects also had a knife. The suspects remained at large Friday morning.