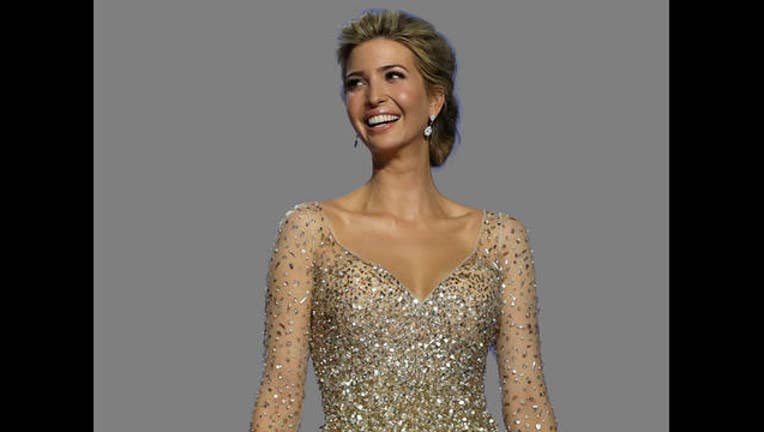 NEW YORK (AP) -- Retailers are finding themselves walking a fine line when dealing with the politically charged Ivanka Trump brand, which is stamped on everything from pants to shoes to handbags.

Carry the items and get grief from shoppers opposed to President Donald Trump and his daughter's role in the White House.

Pull the brand because it's not selling, and risk facing the ire of Trump supporters and becoming a Twitter target.

Many retailers are opting for a Switzerland strategy: Avoid taking sides while trying to do what's best for business.

"No choice is a good choice because they are going to upset lots of shoppers no matter which way they go," said Allen Adamson, founder of the firm BrandSimpleConsulting. "That's why they're a deer in headlights. In this retailing environment, no one wants to give shoppers another reason not to come to the store."

The latest example of how fraught the situation is? After Ivanka Trump's branded diaper bags and other baby products disappeared from Bed Bath & Beyond's Buy Buy Baby's website in late March, a customer representative inaccurately told a shopper the chain was no longer carrying the items. That led to backlash on social media.

In response, Bed, Bath & Beyond clarified on its Facebook page that it will carry Ivanka Trump products in some Buy Buy Baby stores and stock them "where consumer demand and business performance justifies it."

"We are not making our merchandising decisions based on anyone's political beliefs," the company posted. But when the retailer revealed it was still carrying the brand, some Trump opponents took to social media to complain.

Similar scenarios have been playing out as retailers try to navigate the political minefield of Ivanka Trump merchandise. Customers are increasingly voting with their wallets, getting behind the (hash)GrabYourWallet boycott or counter-boycotts like (hash)BuyIvanka.

Nordstrom was the first major retailer in the political spotlight, saying in February that it would stop selling Ivanka Trump clothing and accessories after the current spring selling season based on steadily declining sales over the past year, particularly in the last half of 2016.

That caused highly publicized shopper boycotts. The upscale department store chain was left tweeting back to enraged customers, saying it was merely a business decision. Then President Trump took it to another level, complaining on Twitter that Nordstrom treated his daughter "so unfairly." And one of his top advisers, Kellyanne Conway, urged shoppers to "go buy Ivanka's stuff," an incident that sparked bipartisan condemnation and calls for ethics investigations.

Other companies have adopted a more stealth-like approach, in hopes of avoiding the backlash: When scaling back or dropping the first daughter's merchandise, they have issued carefully crafted and brief statements, if they address the matter at all.

Belk Inc. had said in February it would no longer carry Ivanka Trump items on its website but will offer them in stores. Now, it's scaled back its official statement, only saying it continues to carry the merchandise. TJX Cos. said in February it was pulling back on promoting the brand at its T.J. Maxx and Marshalls stores, mixing it up with other labels on the racks.

A spokesperson for the Ivanka Trump brand said it doesn't have control over how its products are merchandised and noted the rotation of products offered online and at the stores is a traditional course of business.

But the Ivanka Trump brand, which was launched in 2007 with high-end jewelry and eventually expanded to mid-market clothes and other accessories, insists that overall distribution is growing. The collection is expected to be stocked by over 1,000 stores in the U.S. alone this year, up from around 800 last year, according to the brand. Macy's, Lord & Taylor, and Dillard's all carry her merchandise, which is available online. So does Amazon.com and online shoe company Zappos.com. Perfumania.com carries her fragrances.

As a private company, it doesn't release sales figures, but the brand says sales rose 21 percent last year compared to the prior year. And there are signs from various measures that sales growth has been strong so far this year.

Trump still owns her brand but has stepped back from day-to-day management. She has shifted its assets to a trust valued at over $50 million and overseen by brother-in-law and sister-in-law. Abigail Klem, who has been with the brand since 2013, is president.

Adamson says that the Ivanka Trump brand has a competitive advantage, but one that comes with its own perils.

"She has clearly strengthened the brand, and added the dimension of having a powerful political stage on which to make her story more interesting," Adamson says.

But he added, "The risk is she has less control of her image than before because ... she is not in control of how events unfold."