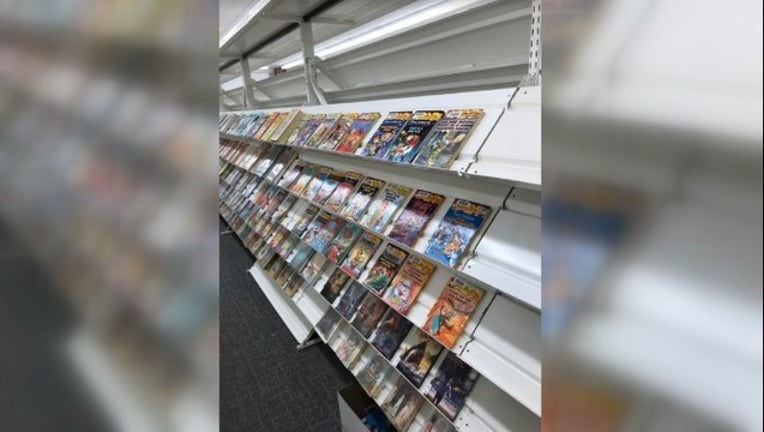 Books will replace sneakers and sandals at a pop-up library that's taken over a former shoe store at Northgate Mall in San Rafael. Dec. 8, 2018.

During December, library patrons can check out books and other
media, use the 3D printer and other services.

Merlone Geier Partners, the new mall owners, provided the space at no cost for the month of December, and the county library MCFL brought library materials from its distribution center and provided staffing, Jones said.

"This is a great way to use existing resources to test out how a mall-library partnership will work in North San Rafael by building on the existing relationship between the Marin County Free Library and the San Rafael Public Library," Bankhead said.

The final day is planned for Dec. 31, but organizers said they would pursue a longer stay if the experiment is deemed a success.