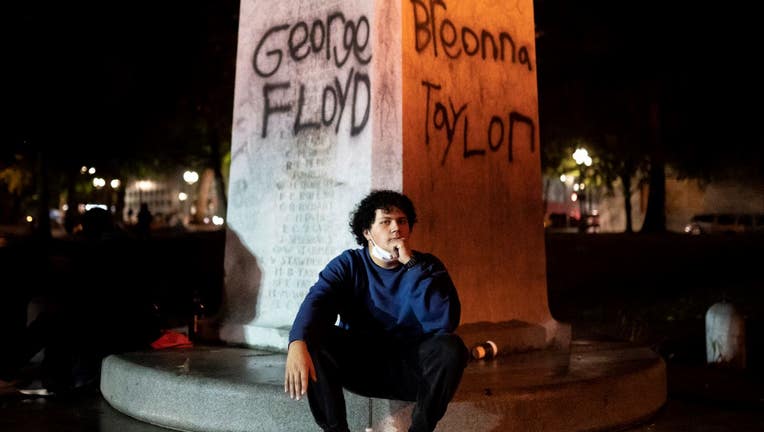 PORTLAND, OR - SEPTEMBER 23: A protester catches his breath under the names of George Floyd and Breonna Taylor on September 23, 2020 in Portland, United States. Violent protests erupted across the nation Wednesday following the results of a grand jur

PORTLAND, Ore. - A rally in Portland, Oregon, hosted by the right-wing group Proud Boys was expected to bring several thousand supporters of President Donald Trump to the city on Saturday.

Organizers of the rally described the event as a free speech event to support Trump and the police, restore law and order and condemn anti-fascists and what the Proud Boys called "domestic terrorism."

Right-wing groups have been critical of Mayor Ted Wheeler's failure to stop four months of nightly protests in support of Black Lives Matter and cutting the police budget. Several events to oppose the Proud Boys' message are also planned.