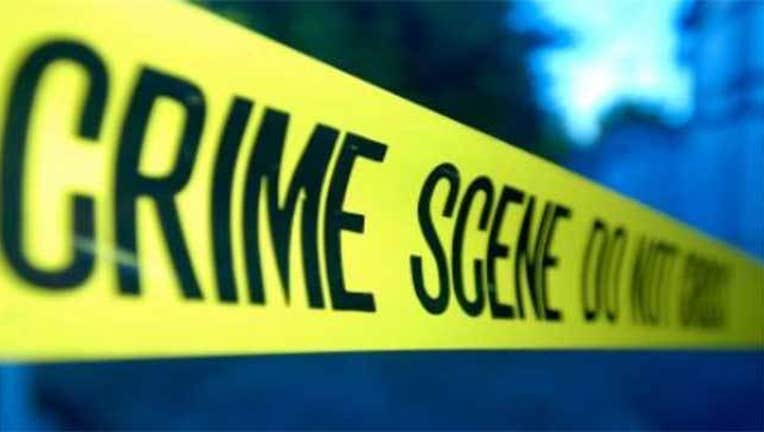 SALINAS, Calif. (KTVU and wires) -- Two males who wore blue bandanas over their faces held a pregnant customer at gunpoint as they robbed a jewelry store in Salinas on Monday afternoon, police said.

Officers responded to a report of an armed robbery at Don Roberto Jewelers at 1554 N. Main St. shortly after 1:30 p.m. Monday, police said.

Two suspects entered the store and one of them armed with a handgun forced an 8-month-pregnant customer to the back of the store, according to police.

Both suspects then opened multiple display cases and took a large amount of jewelry, police said.

Witnesses saw the suspects flee in a white Chevrolet vehicle, according to police.

The first suspect is described as a Hispanic male between 5 feet 9 inches and 5 feet 11 inches tall who wore a black hooded jacket with a California bear logo on the back, black pants and black shoes, police said.

The second suspect is described as a Hispanic male between 5 feet 3 inches and 5 feet 6 inches tall who was armed with a chrome semi-automatic handgun. He wore a gray hooded jacket, blue jeans and white tennis shoes, according to police.

The vehicle was later found abandoned in a neighborhood near Broadway and Manhattan drives by a parole agent who was driving through the area, police said.

The pregnant customer was treated by medical crews as a precaution and was released at the scene, according to police.

Monday's robbery is similar to another one on July 3, when two suspects both masked with bandanas entered the store's other location at 1033 E. Alisal St. and held a 4-year-old boy at gunpoint, police said.

The armed suspects threatened to shoot the child if the store owners didn't hand over keys to access the jewelry, police said.

One of the owners complied with the demand and the suspects were able to take jewelry and drove away from the scene, according to police.