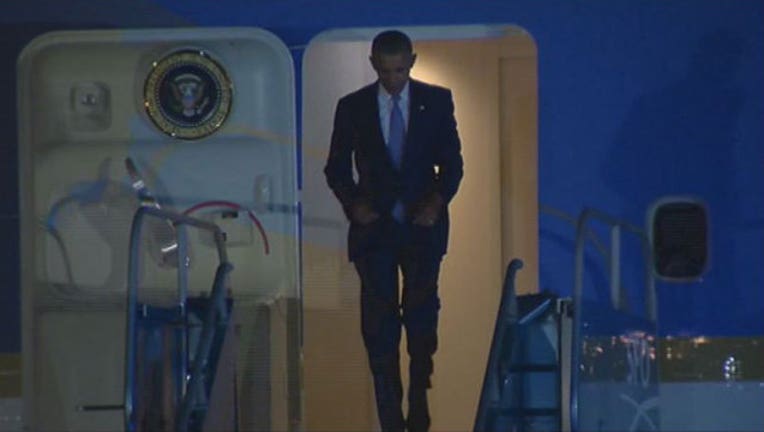 He's set to arrive at Moffett Field in Mountain View Wednesday night and will then travel to the South Bay where he will spend the night, according to the White House.

President Obama is then set to depart from Moffett Field on Thursday afternoon for Southern California, where he is set to tape an appearance on the Ellen DeGeneres Show and attend DNC events.

The President is set to return to Washington, D.C. next Tuesday, Feb. 16