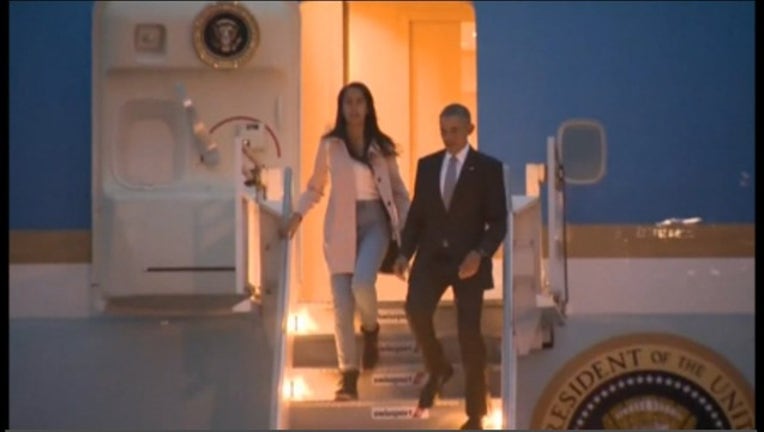 The president is flying from Los Angeles, where he took part in several fundraisers on Thursday.

He was seen getting off the plane at LAX, with his daughter, Malia.

President Obama is scheduled to land at SFO about 1:30 p.m., and then attend two fundraisers, before spending the night in San Francisco.

The Bay Area News Group reports one of the events will be held at the home of Ann & Gordon Getty.

He is scheduled to leave at 2 o'clock Saturday afternoon, to return to Washington, D.C.